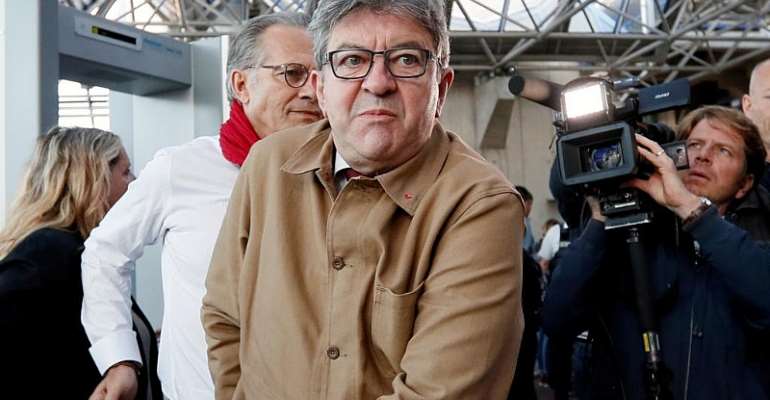 Jean-Luc Mélenchon, leader of the leftist France Unbowed movement, has been handed a suspended three-month jail term and 8,000-euro fine for intimidating officials during a police raid on his home and party offices last year.

Police conducted searches of Mélenchon's home and the headquarters of his political party in 2018 as part of an investigation into possible funding irregularities.

The searchers were part of a preliminary inquiry into campaign funding and contracts for assistants to his party's members of European Parliament.

During the highly mediatised searches, Mélenchon called on supporters to “block the door” of the party headquarters and declared “I am the Republic.” He was filmed shoving an investigator and a police officer.

Mélenchon and his supporters derided the search and the trial as a politically motivated attempt to silence the party.

“Everything indicates it's a political judgement,” Mélénchon said at the Paris region courthouse after hearing the sentence.

“It's been set up to harm me and my friends and it's deplorable because there are many other ways to fight me.”

Mélenchon split with the Socialist Party in 2008 and has twice run for the French presidency, winning an unprecedented 19.5 percent in the first round of the 2017 vote.

He is critical of President Emmanuel Macron's economic policies and a supporter of the Yellow Vest anti-government protests.

The probe into political financing is still in the hands of investigators.