Nigeria Engaging In Trade Terrorism; ECOWAS/AU Should Not Succumb To Demands 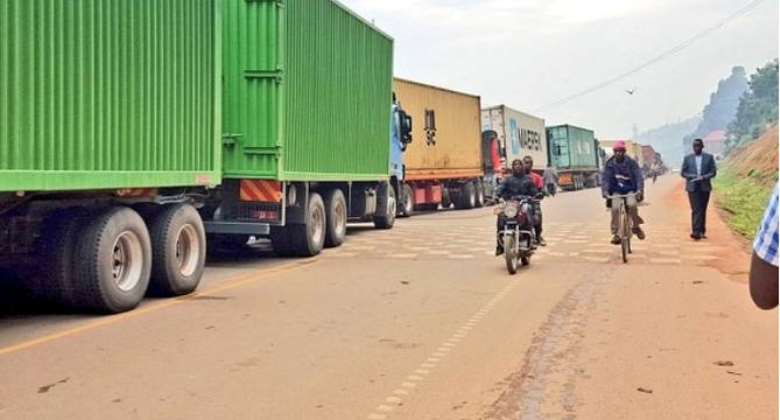 Nigeria has begun a carefully thought through unpatriotic agenda with her main evil intent hidden from her sister countries in Africa. This agenda of Nigeria is cruel and it is against the entire continent of Africa, but is currently using the West African part of the continent as her test case.

With the position of Nigeria as the most populous nation, and the nation with the largest market and economy on the African continent, the main purpose of Nigeria is to have the final say on the continent through assuming a role similar to the big bully in class, and also intends using blackmails, intimidations and sabotage to accomplish it. Nigeria has put in place many strategies to achieve this, with the current being employed by her being in a form of a terrorism shape of a trade war against all nations in Africa of which I have labeled as "Trade Terrorism". I have termed it as Trade Terrorism because it has all the forms of a Terrorist Act. Note, terrorist acts mostly catch their victims by surprise, use threats or violence, have an objective to cause fear and panic, bring an undue pain, sorrow and suffering to their preys, uses deception, propaganda and false doctrine to gather support, and lastly it is mostly backed by an ideology/definite agenda.

Nigeria started this whole trade terrorism through an implementation of a policy which banned the importation of all products currently being produced in her country such as cement, cocoa butter, textile, rice and others. To further strengthen their monstrous agenda, Nigeria ordered the closure of the Seme-Krake border between Nigeria and Benin on Wednesday, 21st August, 2019 while their knowledge of the border serving as a trade source of route to the many inland ports of many landlocked countries like Chad, Niger, Mali and others, and also a major source of trade gate between West and North African countries. Despite the numerous official and unofficial talks and plea by many sister countries, and also the negative effects such as loss of capital, bad health, emotional trauma, starvation, increase in poverty and others, this border closure has had on trade between countries especially on the traders, companies and citizens of the respective African countries through the disallow of vehicles mostly articulated trucks to cross in or out of the border, Nigeria still heartlessly extended the ban through a postponement of the open of the border from Friday, 1st November, 2019 to Friday, 31st January, 2020. Note Kasapreko Company, a company in Ghana alone has lost 2 million dollars as a result of this border closure. Aside its huge negative effect on foreign exchange returns, it is also having huge bad consequences on the traders locked behind the respective sides of the borders, this consequence on the traders has been so huge that it compelled President Nana Addo Dankwa Akufo-Addo to make a presentation of CFA 450,000 to the stranded Ghanaian drivers at the Seme-Krake border between Nigeria and Benin.

One of the saddest aspects of this intentional heartless action of Nigeria is that the closure was without any warning, was so sudden that it left member states unprepared, and so, measures were not taken by the affected member states to protect their citizens whose livelihoods depend on crossing the closed borders.

More so, the deceptive and treacherous aspect of this action on the part of Nigeria is that despite their refusal to allow for trade between themselves and countries, and also between member states through the use of their land route by traders of such countries, they are still using other means to get their goods into same countries they are blocking their goods and therefore creating a form of imbalance in trade.

Nigeria claim that some of their main reasons for their border closure which are all security and economic related, are for the prevention of the smuggling of drugs, weapons and food products into the nation, but a careful diagnosis of these reasons stated and defended by the Nigerian government clearly exposes a mischief intent and reason behind their border closure rather than their stated reasons because the cleansing of their state security agencies of corruption, giving them the right motivation, providing them with the necessary logistics, and making them more effective and efficient are the solutions and not a border closure.

Further more, Nigeria being a member of the Economic Community of West African States (ECOWAS) and therefore a signatory to the protocol on free movement of goods, persons and services in the Sub-region which was promulgated/signed in 1979 in Dakar, Senegal, and also being one of the last signatories to the African Continental Free Trade Agreement (AfCFTA), which is slated to commercially commence on Monday, 1st July, 2020, it is loudly illegal on the part of Nigeria to engage in any activity which has the tendency to impede trade between member states on the ECOWAS Sub-region and the African continent.

I will as a result call on ECOWAS and African Union (AU) to stop being the lame duck and toothless bulldog they have continued to be over the years, and rather make the welfare of their member states their priority by taking on their respective mantles as the regulators on the continent and through that put Nigeria at its right place by assigning the nation the necessary sanctions. Also I will caution ECOWAS, AU and members states never to succumb to any demands by Nigeria backed by pressures borne out of their deliberate diabolic engagement in trade terrorism.

Galamsey: We have to win the fight to protect our heritage -...
50 minutes ago