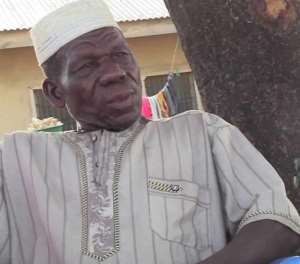 The chief of Dinga a suburb of Tinga in the Bole District of the Savannah region has been killed by unknown assailants on last Saturday night.

Gbandariwura Koku Nyankan was shot through the window of his bedroom, JoyNews correspondent, Isaac Nongya reported.

It is unclear what the motive of the perpetrators is as residents who spoke to JoyNews dismissed any known chieftaincy dispute in the area.

The residents have expressed fears about their safety, considering a chief was killed in his own home.

Meanwhile, police officers have been dispatched to the town from the Bole Divisional Command to ensure law and order as well as to prevent any possible reprisal.