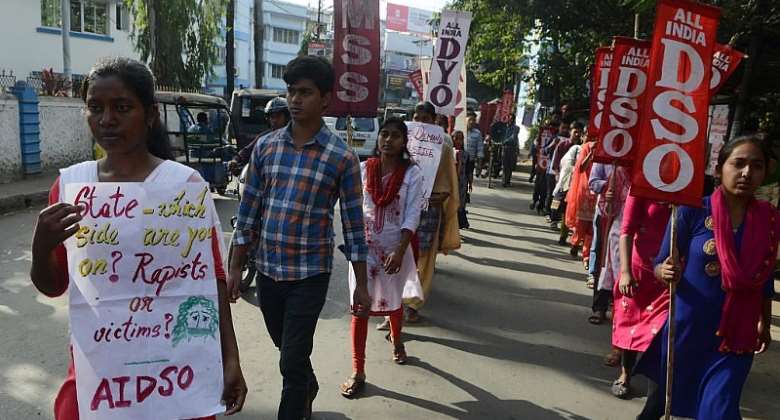 An alleged rape victim in northern India, who was set alight while heading to a court hearing in the case, has died in a New Delhi hospital.

The 23-year-old rape victim was on her way to court in the city of Unnao, Uttar Pradesh state, to testify against two men who allegedly raped her last year.

Five men grabbed her at the railway station and dragged her to a field where she was doused with kerosene and set alight, say police.

The woman suffered 95 percent burns and was airlifted Thursday from Uttar Pradesh to a hospital in New Delhi, where she died at the weekend from cardiac arrest, according to Dr Shalab Kumar, head of the hospital's burn unit.

There have been five arrests in connection with the burn attack.

Yogi Adityanath, Uttar Pradesh chief minister, said the case would be heard in a fast-track court and that the “strictest of punishment will be given to the culprits”.

Uttar Pradesh under fire
The victim filed her complaint with Unnao police in March. She alleged that she had been raped at gunpoint on 12 December 2018 by two men, one of whom she had been in a relationship with the previous year. He had reportedly promised marriage, but physically exploited her then raped her with another friend.

The pair had since been released on bail, which prompted an outpouring of fierce criticism.

Supriya Sule, an MP for the Nationalist Congress party criticised the state of Uttar Pradesh for its “complete state of lawlessness” and inefficiency in prosecuting the attackers.

The general secretary of the opposition Congress party, Priyanka Gandhi, also pointed the finger for failing to protect the woman.

Uttar Pradesh, India's most populous state, is notorious for its poor record on crimes against women.

According to official records, more than 4,200 cases of rape were registered with police in 2017 – the most in all of India.

Across India, 33,658 cases of rape were reported to police. But many groups and activists believe that figure to be higher as many women don't report cases to police out of fear.

Growing outrage
The death of the burn victim came after police in the southern state of Telangana shot dead four men being held on suspicion of raping and killing a 26-year-old veterinarian.

Days after her death, a teenager in the state of Bihar was allegedly gang-raped and killed before her body was also set on fire.

Another woman who accused a lawmaker from the ruling party BJP of rape, was later severely injured in a vehicle hit-and-run incident.

In response to the blatant problem of violence against women, thousands have taken to the streets to demand better and swifter protection for women.