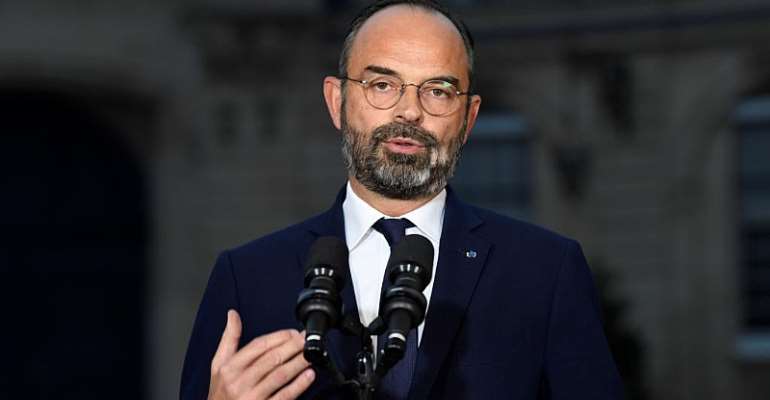 French Prime Minister Edouard Philippe is on Sunday meeting ministers involved in his sweeping pension reform, three days after the launch of a nationwide strike that has brought key transport services to a standstill and shows no sign of letting up.

Transport in Paris remained paralysed Sunday, with only the two driverless lines of the Metro (lines 1 and 14) in operation while national rail operator SNCF warned just one in six high-speed trains would be running.

The international Eurostar and Thalys rail services have also been hit by cancellations.

Prime Minister Philippe insisted his government would not abandon the plan.

"If we do not make a far-reaching, serious and progressive reform today, someone else will make a really brutal one tomorrow," Philippe was quoted as saying by Le Journal du Dimanche.

But the leader of the hardline CGT union, Philippe Martinez, told the paper "We will keep up until the withdrawal" of the reform plan.

Martinez hopes that the government will "hear the people's anger" and go back to the drawing board and allow for more discussion, as Macron promised back in April in response to the Yellow Vest protests, which started last November.

Philippe is due to unveil full details of the reform to merge the 42 existing pension plans, which could spark more union anger.

"We can provide extremely positive answers for many people who suffer injustices in the current system: women, farmers, and career-changers in particular," he said.

Unions have vowed a second series of mass demonstrations nationwide on Tuesday and there is expected to be little easing of the transport freeze over the coming days.

In a joint statement, the three main rail unions called for the strike to be stepped up on Monday.

One aspect of the reform rail unions are particularly concerned about is known as the "grandfather" clause.

This means applying the point system reform to future generations of new employees, allowing the older generations to retire comfortably, but with the burden of working longer falling on the youth of today.

A crucial week now lies ahead: commuters will struggle to get to work on Monday and more giant nationwide protests are planned for Tuesday.

Transilien, the operator of the Paris region rail network, warned of severe shortages Monday and recommended using other means of transport such as car-sharing.

The strike, termed as 'unlimited' by unions, means there is no set finish date.

There are genuine fears that it could last at least another week; some are even predicting it might continue until Christmas.

Shop-owners are concerned that the lack of public transport over the weekend and the police order to close shops in central Paris during next Tuesday's marches will have a dramatic impact on the economy.