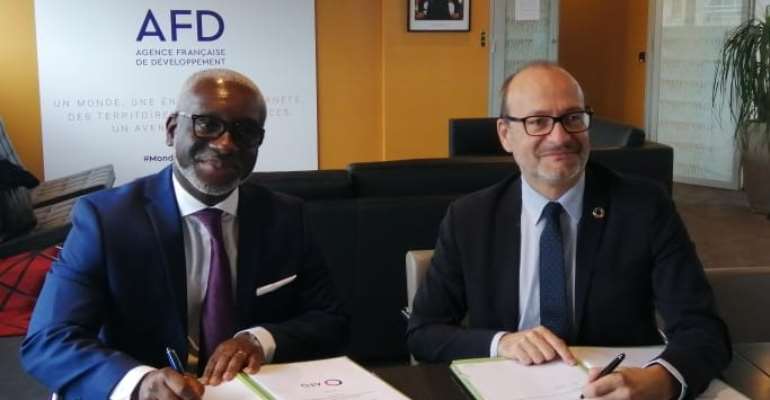 Accra, Dec. 8, CDA Consult – The African Guarantee Fund for Small and Medium-Sized Enterprises (AGF), has received from the French Development Agency (AFD) about USD30 Million to improve access to credit to small and medium-sized enterprises (SMEs) throughout Africa.

The sub-participation agreement signed between AFD and AGF broadens the existing cooperation between the two entities, by providing AGF with a counter-guarantee of USD 30 million, using the ARIZ risk-sharing mechanism: a support for the risk of financing private investment.

A document made available to the CDA Consult in Accra at the weekend explained that the risk-sharing mechanism consists in a final loss guarantee offered to financial institutions by AFD to cover 50 per cent to 75 per cent of an individual loan or a loan portfolio for SMEs and microfinance institutions (MFIs).

It explained that through its leverage effect, this counter-guarantee will enable AGF to extend guarantees of USD 60 million to local financial institutions, thereby allowing the latter to lend a total of USD 120 million to African SMEs.

It is estimated that such an amount of loans would benefit 1,800 SMEs and support 5,400 jobs.

After the signing ceremony, Mr. Rioux and Mr. Bikpo discussed further areas of collaboration in the near future.

Special emphasis was placed on increasing African women’s access to finance through the Affirmative Finance Action for Women in Africa (AFAWA) initiative that will be implemented through AGF.

AFAWA was officially launched at the Global Gender Summit having already received commitment from the Government of France during the Biarritz Summit in August 2019.

AFD and AGF are currently exploring different modalities of support for this initiative.

AFD Group funds, supports and accelerates the transition to a fairer and more sustainable world focusing on climate, biodiversity, peace, education, urban development, health and governance, our teams carry out more than 4,000 projects in France’s overseas departments and territories and another 115 countries.