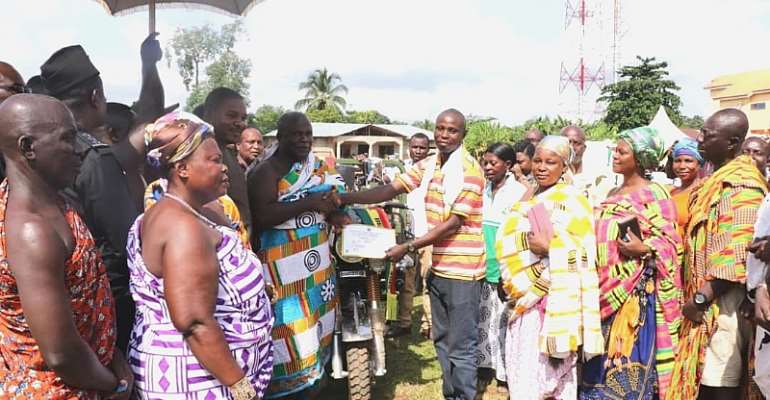 Mr. John Coffie, a 42-year-old farmer from Adaase had his 20 years of farming paid off when he received the coveted award as the 2019 Municipal Best Farmer at the 35th National Farmers' Day celebration held at Sanso in Obuasi.

Mr. Coffie a JHS Leaver for his prize, was given a Certificate, tricycle, Knapsack spraying machine, Cutlasses, Cloth and Keysoap.

It was a moment of pride for the man who specializes in Vegetable production when he was pronounced winner of the highest Municipal farmers' prize.

He attributed his success to hardwork, perseverance and the enormous benefits associated with farming. He encouraged others especially the youth to develop interest in Agriculture since it is lucrative. Not sounding complacent, he said "I have set my sights on winning the National Best Farmer Award so I will not relent on my oars",

The Municipal Chief Executive for Obuasi, Hon Elijah Adansi-Bonah on his part congratulated farmers in the Municipality for their industry and selflessness.

With reference to the theme for this year's celebration 'Enhancing Small Scale Agriculture Towards Agribusiness Development’, the Mce said the contributions of farmers to the national economy cannot be overemphasized.

He enumerated the successes chalked by Government through programmes like the Planting For Food and Jobs program, Planting for Export and Rural Development and the Special Poultry Project.

Under Planting for food and Jobs, he said, farm inputs such as maize, rice, tomato and pepper seeds, NPK 15:15:15, Sulphate of Ammonia, Liquid Fertilizer and Organic Granulus have been subsidized for farmers in a bid to entice more of them into farming. A total of 4, 530 farmers, he added benefited from the Planting For Food and Jobs program in 2019 alone.

Under the PERD programme, the Obuasi MCE revealed that Fifteen thousand (15, 000) Oil Palm Seedlings have been distributed to 173 farmers in the Municipality whiles 11 people have been selected from the Municipality to benefit from the Special Poultry support.

The Municipal Agric Director, Mr. Augustine Antwi felicitated Farmers in the Municipality for their diligence and hardwork. He praised the Government for the introduction of key intervention programs in the Agricultural sector. He said he was optimistic that the programs will boost Agriculture and increase the country's Export earnings.

Nana Bawua Afiamoa Kotokuo II, Sansohene who chaired the occasion added his voice to the call on Government to build more silos for farmers and also buy farm produce from local farmers for Government's Social intervention programs such as the School Feeding.

He praised Government for the plethora of programs in the Agricultural sector. He said the programs are Youth centered so it is imperative for the Government to make the youth aware of the benefits in Agriculture to arouse their interest.

In all, 30 farmers and Agric workers were honored on the day.

The former Ashanti Regional Minister, Hon. John Alexander Ackon was in attendance as well as representatives of Political parties, Ex-Assembly members, Heads of Department and the Media were also present. 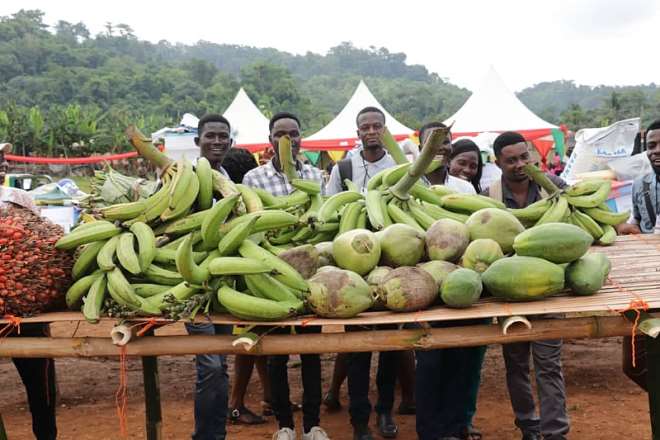 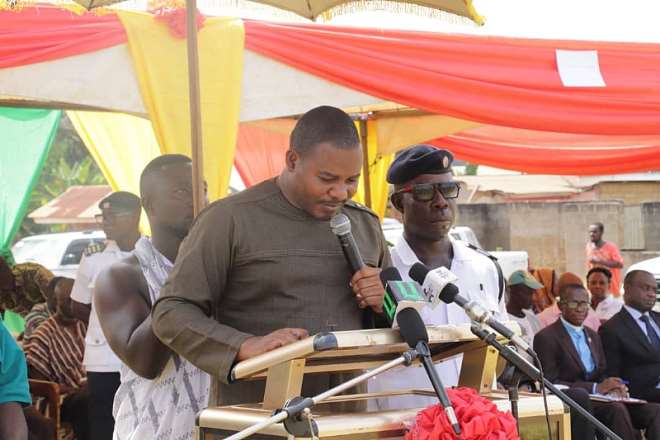