Ghana Housing: Putting the Money Where our Mouths Are 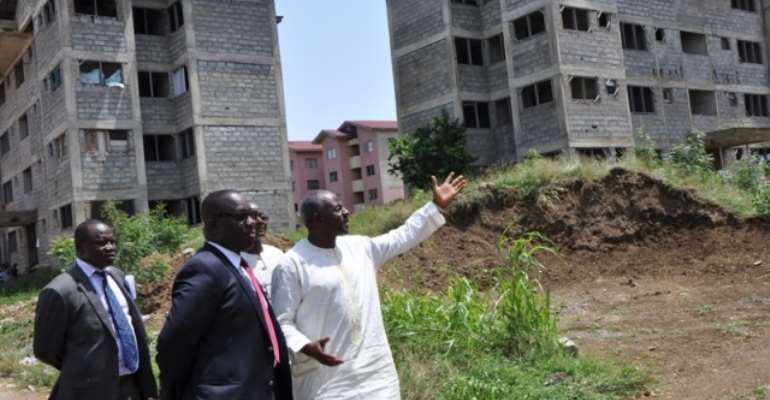 For more than ten years there has been a cry that Ghana was short of housing development. A deficit in housing that was estimated 1.2 million in 2003 is now at 2 million.

According to World Population Review, World Facts Book, and other sources such as WorldMeters, the population of Ghana as of June 2019 has been estimated at 26.7 million to 30.7 million and growing, exponentially of course, at about 2.2% per year. In one year alone, 2014, the number of children born were 587,361.

A visit to Madina, one of Ghana’s most populated suburbs of the city of Accra, will demonstrate the impact of poor planning and the failure of centralized Government. In Ghana there is no health and sanitation laws enforces, and thus 15 or more people can be in one 3-bedroom house with one toilet.

In a Joyonline report of Dec.2, 2019 it was reported that “Government has released some GH¢40 million to support the efforts by the private sector in bridging the housing deficit in the country.”

This is a great step in the right direction: but does the nation’s leaders realize the impact of Housing development on an Economy? Is $8 enough when talking about Housing? Or this is a big joke?

I like the fact that the Government is counting on the private sector to bridge the gap. But lets examine the private sector. It is true that anytime Government taxpayer funds are involved in a project, Government employees seem to lack the empathy that the moneys belong to all Ghanaians, the hardworking people paying 15% to sometime 150% of the value of their clothing or imported cars. There seems to be always an abuse, a mismanagement or outright public theft that never gets investigated and punished. From the pre-Independence time, our people developed this habit that what belongs to Government belongs to Nobody.

Even in the private sector, some of us who have employed Ghanaians have found out that the typical employee does not place much value on what they perceive as “company property”. This culture must change if Ghana is to attract strategic investors, be they foreigners, Ghanaians returning home, or members of the African Diaspora coming back to settle and maybe employ 2 or 3.

Many friends have suggested that the people of Ghana voted for Nana Akufo Addo because of his perceived image of being “anti-corruption”. However many have become disappointed as in almost three years the Government of Nana Akufo Addo has demonstrated no sincere interest at all to investigate and prosecute public corruption. So how then does Ghana build an image of discipline that any major investor or even small investors can count on. This writer recollects a trip to East Legon police station reporting some disturbance at a small plaza he owns and the police not even taking any notes or records of the case! If a policeman does not take me serious, how then does he deserve to be oaid by my tax money?

Building and the Math:
Talking about Housing, one small builder on one Forum posted today a floor plan of some affordable Housing starting with a 1 bedroom and expandable to 3. I asked the price and it starts at 245,000!

In the Home Finance or Mortgage industry, to qualify one has to make an income of about 2 and half times, or Debt to inclme ratio of 40%, meaning an Income of 6,756 per month.

Maybe a few medical doctors or Lawyers may want to buy a 1 Bedroom self-contained house, as they call it in Ghana!

Now one may see why there is a very strong temptation for corruption in Ghana’s civil service! It will be impossible for perhaps 98% of all Governments employees, on their honest salary, to ever own a house unless they play some games. It seems in the affluent areas the homes belong to the Politicians who build them with overnight speed, from acquired unexplained sources, and a few professionals who have lived overseas for long.

Government’s Efforts at Housing:
From the Kufuor’s government, efforts at major housing development were never completed. President Mahama started and almost completed a 5,000 unit housing complex called Saglemi, for an investment of $200 million. The buildings were done possibly without local Engineers involvement and reported to lack sewage system. After almost 3 years the houses have still not been completed and commissioned for occupancy, costing the nation an estimated $15 million per year.

So how many Houses will the 40 million finance anyway? If you do the Math, that comes to 204 Homes! Bravo to the NPP Government indeed!

Folks- lets all stop the joke! Does becoming President mean a personal achievement only? Lets compare notes. Nana Akufo Addo wants to spend Ghs 50 million of the tax money Ghanaians pay to build a Cathedral to thank his God for making him become President! But it seems the main Goal amd mission his God sent him to help the poor people of Ghana is lost!

I beg ooo! I only did the Math but think 204 Homes out of a deficit of 2 million homes is an insult to the people of Ghana!

QUESTION: Why doesn’t the Minister Atta Akyea consult with his wife who he admits helps him with the numbers, to help him figure out which is better: to put a little capital money to complete the 5,000 Saglemi Homes or leave them for Mahama and the NDC to return and complete them himself?

It is time politicians thought of the people whose sweat and taxes pay them and offer all those $100,000 vehicles and luxury lifestyles. It is time the President and his family and friends who control the nation thought a little about Housing and out the money where their talk is! Financing 204 Houses per year is not enough and a better sense of seriousness is called for.