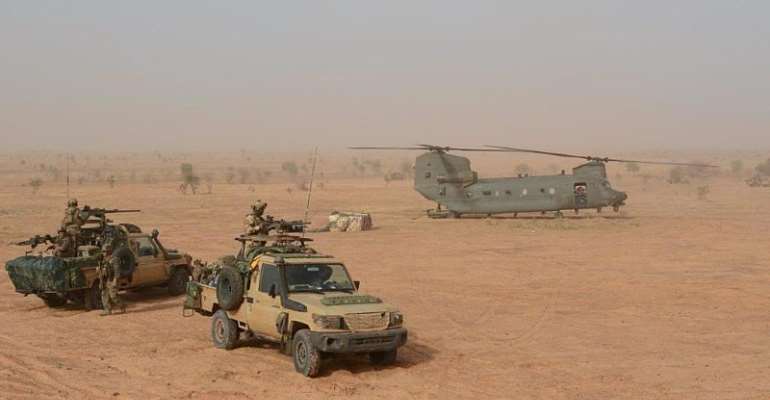 A French soldier in Mali has been seriously injured from a homemade landmine device while on duty in the region of Liptako that straddles Mali, Niger and Burkina Faso, military staff confirmed to RFI.

Since 2014, French soldiers have been deployed to the area as part of an anti-jihad operation.

“His armoured vehicle was hit by an improvised explosive device” while on duty in In Figaren, just east of Ansongo in the region of Liptako, explained Colonel Frédéric Barbary to AFP.

He confirmed that the soldier would be evacuated immediately back to France.

Operation anti-jihad
Operation Serval, launched in 2013, brought over some 4,500 soldiers to northern Mali, to put down an Islamist takeover of the area.

Its successor took over in 2014 called operation Barkhane, which continues to preside over a large region in the Sahel as it combats jihadists affiliated with the Islamic State armed group and al-Qaeda.

In addition to patrolling the area, the French forces are tasked with training local security forces to take on jihadists, but to date these local services remain unprepared due to a lack of funding and equipment despite years of international pledges.

But in the six years since the French have intervened, jihadists continue to spread in the north of Mali and also into neighbourhing countries, particularly Burkina Faso and Niger.

Since Islamists have surfaced in the area in 2012, the level of violence between different communities has doubled, killing thousands and displacing hundreds of thousands of civilians.

After being pushed out of one area, the Islamists have simply regrouped to carry out deadly attacks in another.

Military causalities
13 French soldiers were killed last week on 25 November following a fight against jihadists in the north-east of Mali.

Their deaths were the biggest single-day loss for the French military in nearly four decades and raised questions about the validity and effectiveness of France's Barkhane operation.

Since France's intervention began, 41 soldiers have been killed in the Sahel.