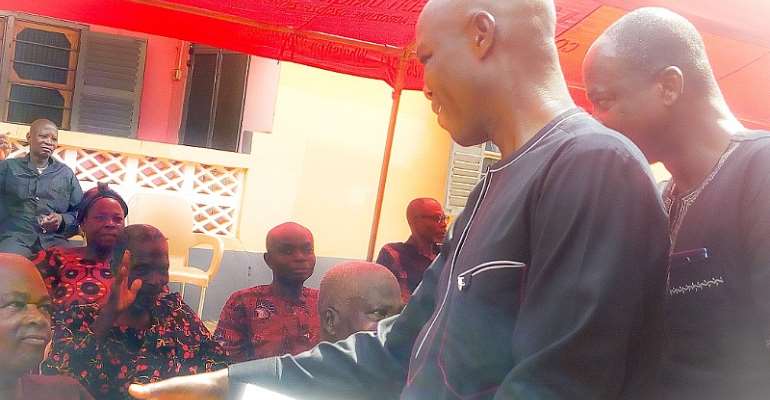 Hon. Bernard Ahiafor on Saturday joined other mourners to pay their last respect to the late Godwin Kwadzo Ativor, the NDC Branch Chairman for Zomayi in the Akatsi South constituency.

The funeral also attracted some Assembly Aspirants in the Akatsi South constituency.

The late Mr. Ativor, the NDC sympathizer and the Branch Chairman for Zomayi in the Akatsi South Constituency, died on 30th August 2019 after a short illness.

In a tribute, Mr. Ahiafor said though the late Mr. Ativor's death was a pain to the NDC fraternity and the whole of Akatsi South constituency, his life was worth celebrating, I must admit this without any missing word, the legislator added.

He said the late Ativor was noted for his hard work and belief in selflessness, comradeship, fairness, and faith in humanity even at the time he is working with the former speaker of parliament, Hon. Edward Doe Adjaho.

The final funeral rite of the late Mr. Ativor was well attended by people from all walks of life.

The prolific member of parliament mourned with about three families in his constituency with his entourage which the party's constituency Secretary in the Akatsi South , Hon. Daniel Dagba and his Deputy led the delegation to these funerals.