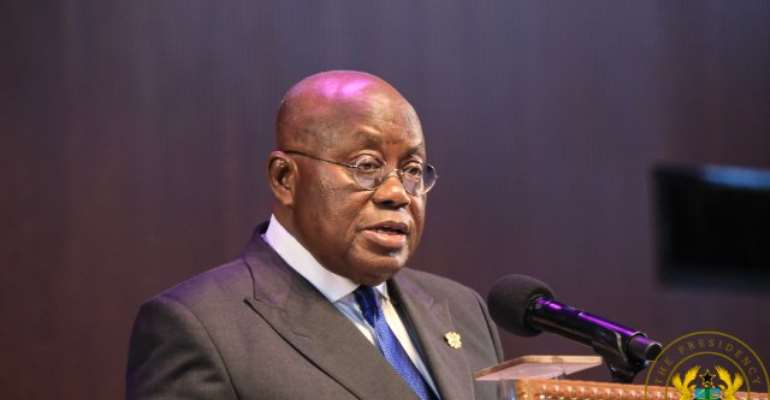 Government’s approach for fighting corruption has been questioned amidst concerns that it is not inspiring confidence in that real gains are being made.

Kofi Bentil, Senior Vice President of policy think tank IMANI Africa said although President Akufo-Addo while in opposition promised to use the Anas Aremeyaw Anas method to fight corruption, the refrain has changed.

“...the Anas method brings you graphic evidence [in fighting corruption]. We have zero of that promise…I think that is the kind of thing that will excite people and give a sense that we are doing something to fight corruption,” he said.

Speaking to Samson Lardy Anyenini on JoyNews’ Newsfile show on Saturday, he said complaints by the Special Prosecutor about not having the tools to work is not complementary to government.

In October this year, retired Supreme Court Judge, Justice S.A Brobbey, requested that government expedite the provisions of logistics for the Office of the Special Prosecutor.

His concern comes after Martin Amidu, publicly criticised government for failing to provide the needed logistics to make his work easier.

At a National Audit Forum organised by the Ghana Audit Service, the former Attorney General vented his frustrations, which has held him back from delivering on his mandate, citing a lack of legislative instrument to give teeth to his office to bite, among others.

“I have no legislation so I use my common sense,” Mr Amidu said.

This has been criticised by many who say the Akufo-Addo government only wanted to create the office as a show-off of their campaign promise but not to actually fight corruption.

Mr Bentil said government must do more to fight the perception of its officials being corrupt.

“You are dealing with corruption perception and people are saying you [government] are not doing well, these are the institutions supposed to be doing the work, you must do it and be seen to be doing it because that is what governance is and that is how perception is formed,” he added.

On his part, Mr Baako who was also on the programme also criticised successive governments for their failure to deal with the canker.

“It goes beyond individual government, and it does not purge the individual administrations of the liability and responsibility because you are given the power to bring about change.

“Government should be the first one to admit that this is a wakeup call that ‘perhaps we have not been doing sufficiently well to deal with the canker’,” he said.

Governance analyst, Dr Kojo Pumpuni Asante has meanwhile revealed that some civil society group have written to the President suggesting innovate ways of dealing with corruption.