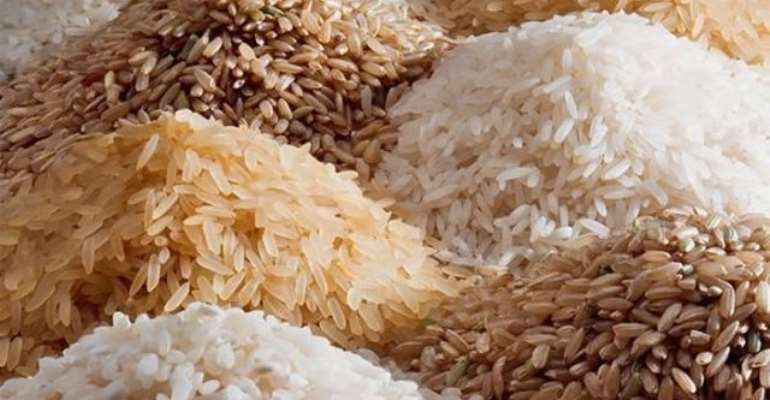 “We must eat what we grow to motivate our farmers and support the development of the local food industry. Indeed, Rebecca, my beautiful wife, our First Lady, insists that we eat local rice at home, and has made sure of it. I call on all Ghanaians to follow my example, and eat local rice.”

These were the words of the President Nana Akufo-Addo, at the 35th Farmers’ Day celebration, on December 6, 2019, held at the Jubilee Park, Ho, in the Volta Region.

According to the President, “the success of government’s efforts at ensuring self-sufficiency in rice production depends largely on the level of consumption of local rice.”

Speaking on the theme for the celebration, “Enhancing Small-scale Agriculture towards Agribusiness”, President Akufo-Addo indicated that it aligns with his Government’s strategy of focusing on smallholder farmers in modernising and transforming Ghana’s agriculture.

According to President Akufo-Addo, through government’s strategic policy for reviving Ghanaian agriculture, dubbed “Planting for Food and Jobs”, the process of transformation has gathered steam and is sweeping through every branch of agriculture.

“Less than three years have elapsed since Government set in motion the process of putting Ghana’s agriculture on a sound footing. Planting for Food and Jobs, now a household catchphrase is achieving considerable successes within the three years of its implementation It has resulted in a sectoral growth rate from a low of 2.9% in 2016, to 6.1% in 2017, and is expected to rise to 6.9% in 2019,” he said.

Marketing Arrangements
In addition to these interventions, President Akufo-Addo stated that government has also introduced a number of far-reaching measures aimed at promoting the effective marketing of agricultural produce.

“These include the construction and imminent completion of eighty (80) warehouses to increase the national warehousing capacity to help address the perennial issue of post-harvest losses,” he added.

Aligned to this, he stressed, is the establishment of the Ghana Commodity Exchange, and the revamping and support of the National Buffer Stock Company (NAFCO).

“The swift intervention of the two institutions, following the recently reported case of excess rice production in the Upper East Region, the President said, speaks of Government’s readiness to act promptly to assist farmers,” he said.

The President continued, “I am happy to note that, through the co-ordination of the activities of stakeholders, the Ministry of Food and Agriculture has put in place measures to avert losses to farmers and processors. It is heartening, though, to hear, for a change, about excess rice production in Ghana. We are breaking through”.

Additionally, the President revealed that Government, through the Ministry of Food and Agriculture, has imported milling machinery for rice, maize and soya from China and Brazil, which are expected to arrive by the middle of next year.

This, he added, will surely provide appreciable relief to farmers, and boost the grain industry

Government, President Akufo-Addo assured, will continue to prioritise and support agriculture to make the sector one of the most viable, major driving forces of Ghana’s economic development.