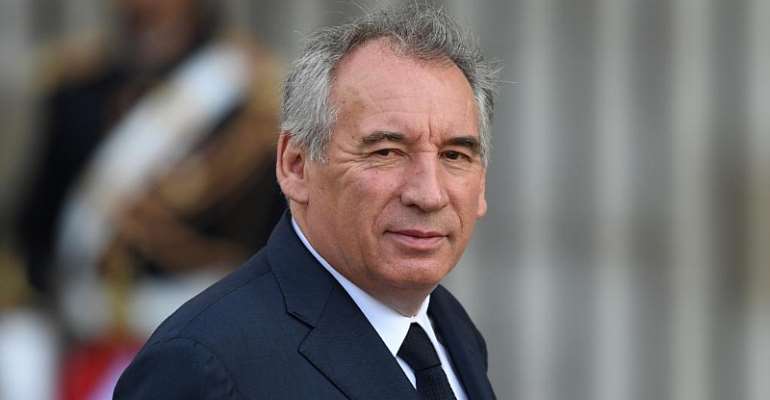 French veteran centrist leader Francois Bayrou has been charged with "complicity in siphoning off public money" in a case related to the embezzlement of European Parliament funds, according to a judicial source on Friday.

The move followed a broader investigation into allegations that MEPs from Bayrou's MoDem party used cash intended to compensate parliamentary assistants to pay the salaries of people who were doing work for the political party.

"This indictment, announced in advance to the media, is unfounded," Bayrou's lawyer Pierre Cornut-Gentille told AFP.

"The follow-up will show it is totally unfounded."
Bayrou, who is currently the Mayor of Pau told the press last month that he would not resign despite the investigation.

Several figures from MoDem, which allied itself with President Emmanuel Macron's party, have already been indicted or are being investigated in the scandal.

They include former justice minister Michel Mercier and the financial director for MoDem, Alexandre Nardella.

Magistrates are investigating whether they received European Parliament funds for assistants who were in fact carrying out other tasks for the centrist party.

Sylvie Goulard, an MEP from 2009 to 2017 who now serves as a deputy governor of the French central bank, has already agreed to pay back 45,000 euros to the parliament.

This corresponds to eight months of salary of one of her assistants, for whom she had provided no proof of work.

The opening of the investigation in 2017 prompted the resignation of Bayrou as justice minister, De Sarnez as Europe minister and Goulard as defence minister after just one month in the job.

But Macron still went ahead and supported Goulard as France's pick for the new EU commission, and expressed anger when European Parliament lawmakers voted overwhelmingly against her in October.

Bayrou was a key backer of Macron's one-year-old Republic on the Move (REM) movement during the presidential campaign, and his support was crucial in winning centrist votes for the new president.

Several French politicians have become embroiled in fake jobs scandals, notably former prime minister Francois Fillon, who will go on trial on February 24 on accusations of creating a fictitious job for his wife.

Why won't National Security operatives assault journalists i...
1 hour ago