Allotey Jacobs Has a Point, But… 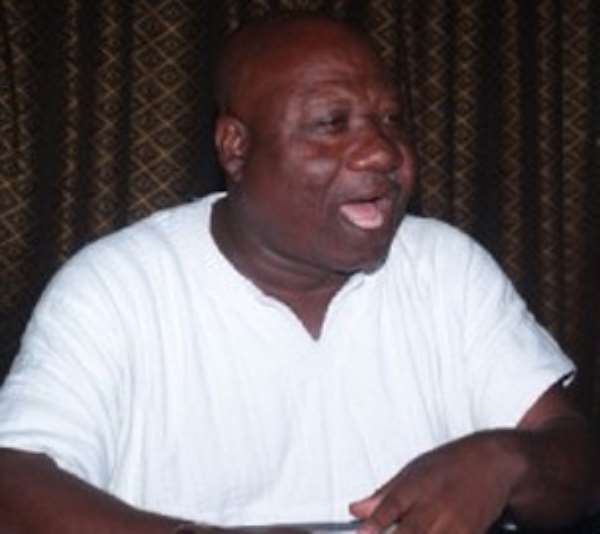 Mr. Bernard Allotey Jacobs may have a point, at least on the surface of things, in his rather bitter assertion that the National Commission for Civic Education (NCCE) could have done more to vigorously inform and educate eligible voters about the issues at stake in the cancelled December 17 Referendum on the proposed amendment of Article 55(3) of the Constitution (See “Blame NCCE for Referendum ‘Confusion’ – Allotey Jacobs” Kingdomfmonline.com 11/27/19). But even as one concerned citizen asked to know in the wake of the commotion, it was rather inadvisable and, perhaps premature as well, for anybody to casually presume to blame the NCCE administrators for having apparently done a poor job of educating Ghanaian voters on the scuttled December 17 Referendum, when the livid critics did not have any concrete or credible evidentiary figures to show vis-à-vis the fact of whether, indeed, the government had earmarked adequate budgetary funding for such a major nationwide public-education campaign.

In the past, several expert critics have highlighted the fact that, to-date, the National Commission for Civic Education does not possess its own private space or edifice as a clear indication that this cardinal statutory establishment has not been afforded the necessary civic and political recognition that it deserves and the proper support that it needs in order to be able to function properly and effectively. We are, for example, informed that the NCCE is literally squatting on a relatively minor space in a building that is officially owned by the Ghana’s Electoral Commission (GEC/EC). Which clearly and convincingly plays into the notion that the NCCE may, after all, have been a statutory afterthought on the agenda of nearly every government that Ghanaians have had since 1957. With regard to the cancelled December 17 Referendum, it well appears that Mr. Allotey Jacobs, the former Central Regional Chairman of the country’s main opposition National Democratic Congress (NDC), may have woefully underestimated the formidable heft of the anti-democratic propaganda spiel unleashed by the Mahama and Asiedu-Nketia Gang of double-salary-drawing political scam-artists.

You see, increasingly, as the NDC and its operatives have become virtually irrelevant to the progress and development of the country, especially in the wake of the timely and auspicious implementation of the fee-free Senior High School policy initiative by President Addo Dankwa Akufo-Addo, the NDC leaders, awkwardly spearheaded by the wiry-framed dynastic party General-Secretary Johnson Asiedu-Nketia, have desperately resorted to capitalizing on the recently aborted referendum, which had been conspiratorially and deliberately made controversial by some self-serving anti-democracy traditional rulers, corruptly and mischievously and politically regressively gifted 30-percent of nonelected representation on the Metropolitan, Municipal and District Assemblies, saw the very progressive attempt to deepen the country’s democratic culture at the local government level, by Nana Akufo-Addo, as an insufferable threat to their influence and economic stranglehold on the present make-believe democratic system of local governance.

Under the foregoing circumstances, and with some aggrieved leaders of the National House of Chiefs (NHC) staunchly backed by an ethno-national-cake-brokering Asantehene, Otumfuo Osei-Tutu, II, the chances of a sound electoral outcome was, at best, tenuous. President Akufo-Addo, in his nationwide address that called for the immediate suspension of the December 17 Referendum, also clearly stated that he felt deliberately and scandalously sabotaged in his progressive efforts to democratize Ghanaian politics at all societal levels by his three-living predecessors, namely, Messrs. Jerry John Rawlings, John Agyekum-Kufuor and John Dramani Mahama. Well, those of us who have been studiously following events on the ground over the past four decades were not either the least bit amused or flabbergasted that the foregoing Three Musketeers would behave in the inexcusably politically and morally unprogressive way in which they reportedly did vis-à-vis the decision to amend Article 53(3) of the Constitution, after having initially rather refreshingly signaled their intention to sign onto the laudable project of the deepening of Ghanaian democracy.

It is quite certain that were he alive and well, the late President John Evans Atta-Mills would have fallen in behind these Three Musketeers. This is not the least bit surprising because all Three Musketeers, except for Nana Akufo-Addo, share radical revolutionary and faux-Marxian roots in the erstwhile Jerry John Rawlings-led junta of the Provisional National Defense Council (PNDC). It was also rather quaint howbeit predictably paradoxical for Nana Akufo-Addo to have so curiously and incongruously backpedaled by claiming that he had ordered his dynamic and hardworking Minister for Local Government and Rural Development, Hajia Alima Mahama, to put the entire project to constructively democratize local Ghanaian politics, to synch with best practices in most advanced democracies, on hold, at least for the time being, “while further consultations were undertaken” with all the stakeholders engaged in the process.

Ultimately, what we have here is the symphonically determined efforts by the Three Musketeers to ensure that, come hell or highwater, a visionary Nana Akufo-Addo does not deliberately and “egocentrically,” as well as “egomaniacally,” outdistance the relatively pedestrian collective achievements of the Three Musketeers, in the patently repulsive attempt and process of immortalizing and beatifying himself beyond the canonical reach of these pathologically self-absorbed halfway leaders. In thus facilitating the effective evisceration of the December 17 Referendum, the Three Musketeers hoped to pare the supersonic pinions of the fellow cockerel who had so brazenly and imperiously dared to dream the sky-high dream of an eagle.

Assessment of ministerial nominees not on partisan basis – H...
12 minutes ago