Fear Of Witchcraft In Nigerian Universities 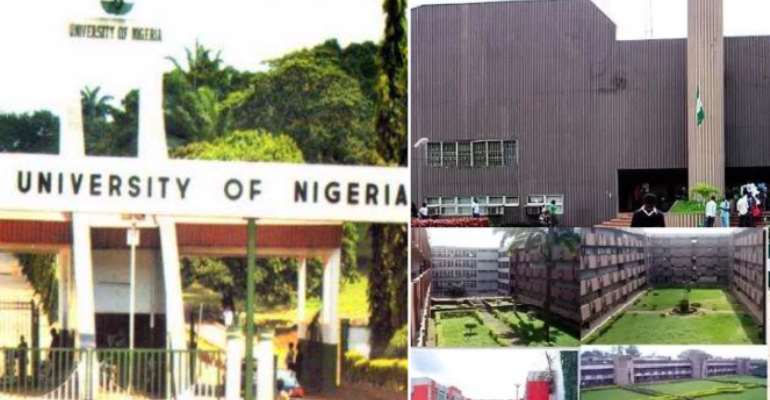 Some months ago, the BIC Ijiomah Centre for Policy and Research at the University of Nigeria Nsukka called for abstracts and presentations at an international conference on witchcraft. One expected the event to happen like other academic exercises. That means interested persons would send in summaries of their presentations, and others would register and eventually attend the program. But this conference did not happen as expected. The program generated heated debates and controversies. The announcement of the event led to online and offline opposition and protests from the Christian community. Some Christian leaders and groups petitioned the Vice-Chancellor of the University demanding that the event be canceled. Anti witchcraft conference posters appeared in different parts of the university premises. Some of the posters read: “The University of Nigeria belongs to Jesus. So, witches and wizards, no way. No vacancy”, “Say no to the meeting of witches and wizards. We are Christian community(sic), Don’t pollute our environment please”, “We plead the blood of Jesus over the University of Nigeria. Hence we reject all forms of witchcraft overtly or covertly in Jesus' name, Amen”.

Some of the posters had images of ‘witches’ and illustrations of meetings at witch covens. The Christian Association of Nigeria (CAN), the Pentecostal Fellowship of Nigeria (PFN) and other religious organizations issued press statements denouncing this attempt to bring the kingdom of darkness to Nsukka. The PFN announced a parallel prayer conference on exposing the dangers of witchcraft. There were heated debates on the social, electronic and print media on the conference and the topic of witchcraft. The Christian community misinterpreted this academic exercise, and some segments of the Christian leadership used the misinformation to mobilize Christians against the event.

I did not plan to attend the program in Nsukka due to other commitments. However, I changed my mind some days to the event. That was when it was clear that the Christian community in the southeast might succeed in stopping the program. I sent an abstract on child witch accusations and paid my registration fee.

On my way to Nsukka, some of the passengers mentioned the ‘international conference of witches’ in Nsukka and the concerns of the Christian community. One of them showed me a comment from one Bishop Zuga of the House of Joy Ministry that was published in one of the dailies. Zuga vowed not to be alive and see the event held.

I arrived Nsukka not very sure that the conference would hold. There had been reports and counter reports on the cancellation of the venue and the conference. I was in Nsukka a day to the event and checked into the university guesthouse, which was a few meters from the proposed venue of the conference, the Princess Alexandria Auditorium(PAA). I went to the venue and some persons were busy cleaning the hall. The organizers moved the event to the PAA following the cancellation of the Energy Center, the venue that had earlier been approved for the conference. There was no single poster in the vicinity of PAA indicating that an international conference on witchcraft would start there in less than 24 hours. The organizers told me that they were under pressure to change the theme of the conference. The university authorities asked them to remove the word, witchcraft, from the theme of the program. I was curious to know how the organizers would change a conference topic some days to the program.

On the first day of the conference, the organizers placed banners with the title: Dimensions of Human Behaviour, in front of the hall and at the high table. For a moment I thought Oh these Christian fundamentalists have won. Apart from the title, nothing else changed. The plenary and parallel presentations on witchcraft remained the same. Shortly before the opening, some police officers arrived and stationed themselves at different corners. The police officers were there to prevent a break down of law and order. Some Christian students had planned to protest and disrupt the program.

Some of the attendees including university students and staff spoke to journalists. One lecturer was asked to explain the reason why some students opposed the conference. And he said: “Fear, fear of the unknown”. On the first day, I had the opportunity of interacting with some students outside the hall. I represented the Witchcraft Human Rights Information Network, which had the only banner with the name, witchcraft on it. I made it clear to them that the protests were unacademic and unexpected of lions and lionesses. Some of the students at the event sounded like those who must have opposed the organization of the conference. They asked curious questions such as: what is the benefit of witchcraft? How will the conference help society? What is positive about witchcraft?

These students strongly believed in occult harm and were not ready to entertain opposing or critical views and opinions. Some of them recounted their so-called experiences of witchcraft such finding marks on the body on waking up in the morning. One student recounted his encounter with a bat, another with an owl. What amazed me was that the students were vehemently demanding answers and explanations for their witchcraft experiences and at the same time they were asking that a conference where such experiences could be shared and adequately interrogated be canceled. Instead of responding to the conference with curiosity and thirst for knowledge, students displayed so much panic, anxiety, and apprehension.

Towards the end of the first day, a man came to me while I was standing outside the hall. After staring at me for a while, he said: “I am disappointed”. I asked him why he felt disappointed. And he said: “What I was told is not what I am seeing”. Many students made similar remarks. They stated that they were misinformed and misled. But one question has continued to agitate my mind: how could university students in this internet age allow themselves to be misinformed about an academic exercise in a university to the extent of staging a protest against it? How were they able to believe the lie that an international academic conference on witchcraft was a meeting of witches and wizards? Even if religious leaders gave them some wrong information, why didn’t they ask questions? Why did they search and try to find the correct answers and information themselves?

There is no doubt that Christian religious organizations have a strong influence on campuses. They maintain a heavy presence in schools, colleges, and universities across the country. I was told that numerous Christian fellowships exist at the University of Nigeria Nsukka. These fellowship groups use any available space, the lecture/resident halls, open fields, for their prayer meetings and Bible study. Over the years, campuses have gradually been turned into religious indoctrination centers. Religious programs have overwhelmed and overshadowed academic events. Religion, in this case Christianity, has heavily shaped the perception, disposition, and attitudes of students towards academic exercises. Nigeria must reclaim its schools, colleges, and universities religious fanatics. It must dislodge the virulent trend of anti-intellectualism and religious extremism on campuses. The conference ended without any incident.

And on my way out of the university, I saw an inscription on the gate of the university. It says: To restore the dignity of man. Nigerian students should understand that some of the most horrific abuses in the world take place in the name of witchcraft beliefs. These abuses include murder, torture, and trial by ordeal. Alleged witches are banished from their communities; stoned to death and compelled to take harmful substances and drink poisonous concoctions. Also, witchcraft is a mechanism that pastors and some native doctors use to extort money, manipulate and exploit gullible persons. These activities linked to witchcraft beliefs make the phenomenon of witchcraft worthy of academic exploration.

On my way back from Nsukka, I was in a car with students traveling to Lagos for Shiloh, the annual program of Bishop Oyedepo’s Winners’ Chapel. The topic of the witchcraft conference in Nsukka came up again. One of them, a medical laboratory student at the University of Benin, asked why a university department should convene a conference to discuss witchcraft. Why didn’t they focus on other issues? She queried. “They should leave the topic of witchcraft to the churches. Universities should focus on power, roads, and water supply", she stated. I asked her why. She said that churches would tell them how to deal with witchcraft. But an academic exercise would only encourage it. While listening to her, I wondered what the future held for this country with that caliber of students.

I mean, with this prevailing witchcraft fears among Nigerian students, will any university department ever agree to organize another conference on witchcraft? While in Nsukka, I asked one of the presenters from the University of Calabar, to consider organizing a similar event at his university. And he said: “Look, the same thing will happen”. The fear of witchcraft has taken over Nigerian universities, and the minds of Nigerian students.