You Can Mock, Insult Jesus But… 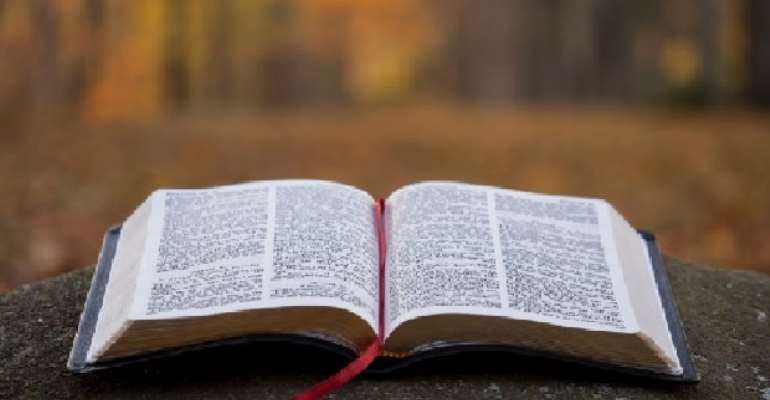 DISCIPLES OF Christ should not be surprised to see unbelievers burn copies of the Holy Bible or use it as ashtray. We are not called to condemn the lost, but to save them from the controlling power of sin, and the prince of power of the air, the spirit that works in the sons of disobedience. We ourselves once lived as enemies of the cross of Christ (Romans 5:10). We uttered all manner of blasphemous words against the Lord. Others actually got the Disciples of Jesus Christ arrested, beaten and killed.

Scripturally, Saul, aka Paul, greatly persecuted the early Disciples of Jesus Christ for months until one day the Lord Jesus Christ appeared to him, and called him to be a preacher of the gospel (Acts 9:1-7). In that supernatural encounter, Jesus made Saul to understand that an attack on the Church is an attack on Him personally. Luke wrote: “And falling to the ground he heard a voice saying to him, 'Saul, Saul, why are you persecuting me. And he said, 'Who are you, Lord? And he said, I am Jesus, whom you are persecuting” (Acts 9:4-6).

Why would an attack on the Disciples of Christ Jesus be an attack on the Lord Himself? This is because the Church, the elect of God, is the Body of Christ. Later, after his salvation and being appointed an apostle, Paul admitted his hatred for Jesus, describing his conduct as blasphemous, injurious and persecutory. But the born again Pharisee from the tribe of Benjamin, who had received God's mercy, had a heart-soothing confession to make. He wrote in his first letter to Timothy, “…I had acted ignorantly in unbelief” (1 Timothy 1:13).

As heirs of the Kingdom of God, we must always be guided by the confession of Paul in our dealings with unbelievers. When you hear people insult, mock, denigrate, scoff at or reject Jesus Christ, you must quickly understand where they stand. They stand in the world of ignorance which triggers unbelief. All unbelievers are trapped in the world of darkness separated from the life of light of God. They cannot see the glory of the gospel and understand the mystery of Christ Jesus until they receive mercy as Paul did and receive revelation of Jesus Christ.

Our merciful God understands that unbelievers are slaves of unrighteousness captured by the devil to do his will. And it is for this reason Jesus Christ came into the world. He came not to condemn, but to save the lost. He came not to destroy, but to build and give abundant life to those who would believe in Him. Jesus Christ came into the world not to administer instant justice, but to give sinners the opportunity to hear the message of truth and grace for their salvation.

Jesus Christ is patient, tolerant, loving and kind; He is slow to anger. He desires that many people throughout the world receive eternal salvation for their souls. It is for this reason He does not instantly judge and kill people who ridicule Him, insult Him, blaspheme against Him and reject Him. Christ is tolerant; even in the face of widespread mockery of His name His love remains constant and unchanging. Christ Jesus is not perturbed about sinful man's blasphemies against Him.

It is very sad how some unbelievers publish vile stories against Jesus Christ in the media. They deny His existence and libel His holy name. They also insult pastors and all Disciples of Christ Jesus generally, make fun of them and contemptibly mimic their tongue-speaking. Others kill believers just for their faith in Christ Jesus. These they do just to see if Jesus Christ truly exists, and that He would immediately punish them. But they are lost folks, who do not know Jesus; like Saul, they act ignorantly in unbelief.

The Lord Jesus does not answer His critics the way sinful men and women do in the world. He does not pay evil for evil in this world. The apostle Peter testified that, “He did not retaliate when he was insulted, nor threaten revenge when he suffered. He left his case in the hands of God, who always judges fairly” (1 Peter 2:23). The prophet Isaiah prophesying concerning the suffering of Christ Jesus said, “He was oppressed, and he was afflicted, yet he opened not his mouth…” (Isaiah 53:7).

Our Saviour is gentle and humble; He is not violent, but patient and tolerant with a great desire to see sinners repent. He does not delight in the death of a sinner. Thus when Christ Jesus is ridiculed, insulted and humiliated, He often remains silent, and rather prays for His haters and persecutors to be pardoned, forgiven and saved. Even while hanging on the cross in great anguish as blood oozed Him, Jesus prayed. “… Father, forgive them, for they know not what they do” (Luke 23:34).

However, there will come a Day of Judgment when He will have no mercy for the unrepentant sinner, mocker and scornful. “The times of ignorance God overlooked, but now he commands all people everywhere to repent, because he has fixed a day on which he will judge the world in righteousness…” (Acts 17:30)

On that day, all peoples of the earth including kings, queens, presidents, premiers, governors, parliamentarians, heads of security services and scientists will be dragged before Him. There shall be seen the possessor of real power and authority to punish disobedience and reward obedience. Blessed is the person who will be found blameless on that day.

Your silence on Domelevo’s woes too loud – Vitus Azeem to Ak...
24 minutes ago