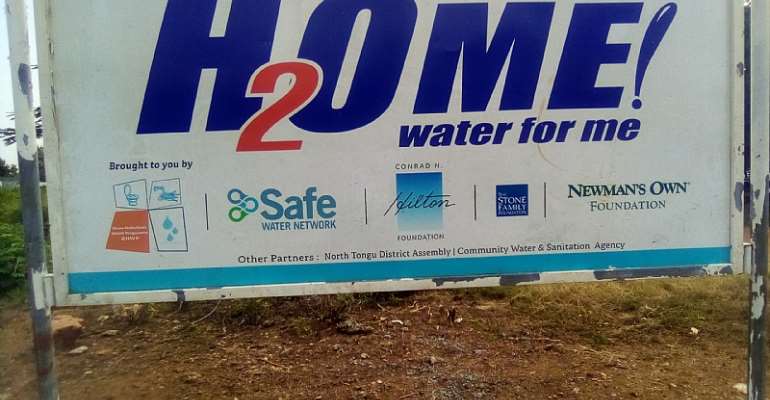 The Netherlands Ambassador to Ghana, H. E. Ronald Strikker has made a clarion call that no Ghanaian should be left behind in the effort of ensuring every community in the country gets the opportunity to enjoy clean drinking water through government policies and donor partners.

He made this call during a field visit to the Fodzoku H₂OME! Water Station located in the North Tongu District on December 5, 2019 to inspect the water project.

"Eeverybody is entitled to a clean drinking water and we should really leave no one behind,” H. E Strikker noted.

He indicated that he was impressed about the fact that the sustainability of the project is guaranteed because of a clear mechanism put in place in making sure that the users of the facility pay accordingly anytime they access it.

The Fodzoku H₂OME! Water Station which was completed in 2016 is one of a total of 30 H₂OME! Water Stations implemented by Safe Water Network in partnership with the Ghana Netherlands Water, Sanitation and Hygiene (WASH) and other partners which include about 13 District Assemblies in the Eastern and Volta Regions of Ghana. The water station gets its source from a nearby community called Aforkpakope.

The payment system for the use of the water from the project was initially the pay as you go system but a new technology known as the water ATMs was initiated which ensures that any volume of water fetched, that equivalent amount is deducted from their water card. And they can top up any time they run out and that can also be done through Mobile Money transactions which eventually end up directly in the Safe Water Network account.

As digitization is more pronounce presently, this technology is a way of avoiding the handling of cash which ensures effective accountability that makes it easier to track transactions, customer system and others.

The Stool Father for the community, Togbe Wugbagba Amewuga expressed his appreciation to Safe Water Network and their partners for responding to their request and subsequently making the water project come to see the light of day.

Pythias Klu, Assembly Man of the Fodzoku Electoral Area said, “We had to be going to the river. Meanwhile, the Volta River Authority (VRA) warned us not to drink that water because of bilharzia which had been a problem to us. So the Fodzoku H₂OME! Water Station is a savior to you.”

The North Tongu District Chief Executive, Richard Collins Arku noted that he believes “…it’s a good system. The people are so happy in the sense that when you have a system running and it is very robust that anytime you need the system, it will be there for you.” 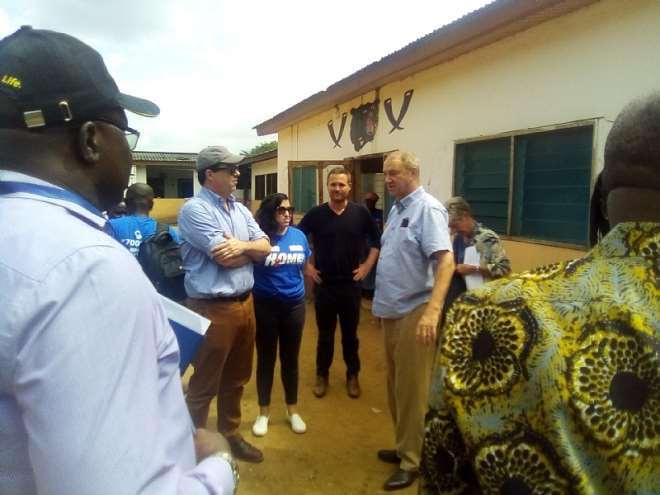 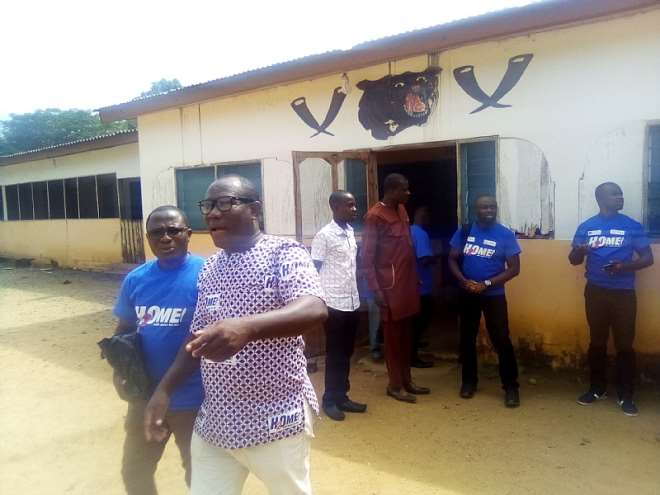 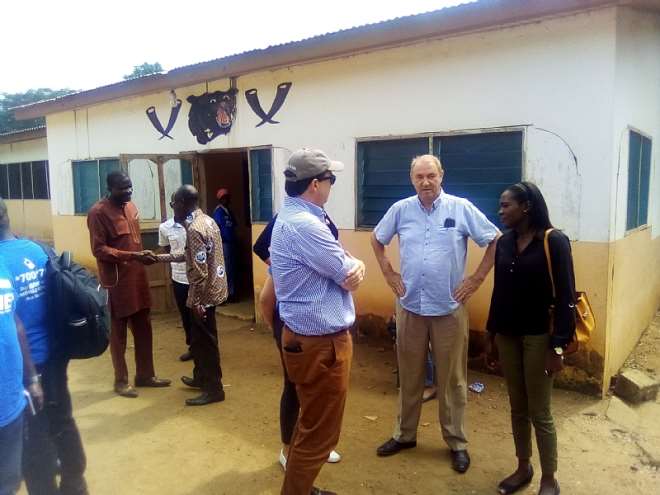 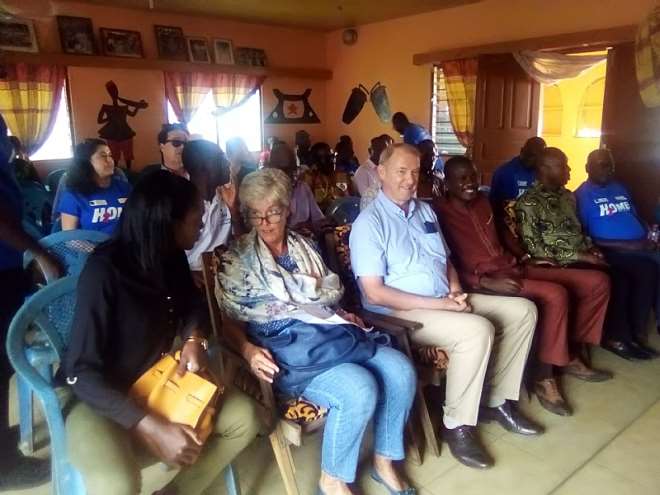 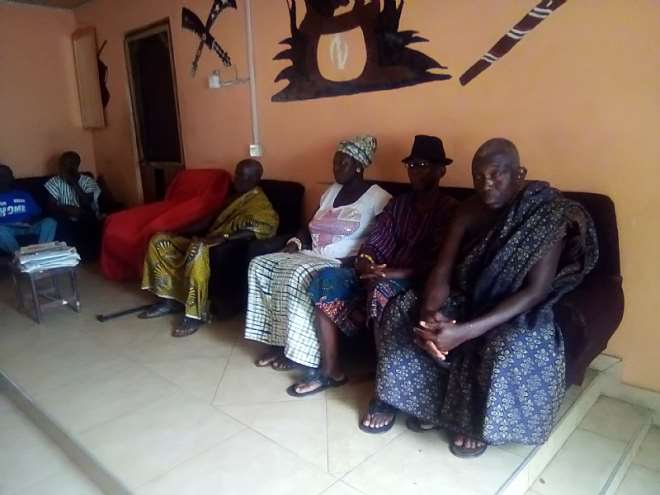 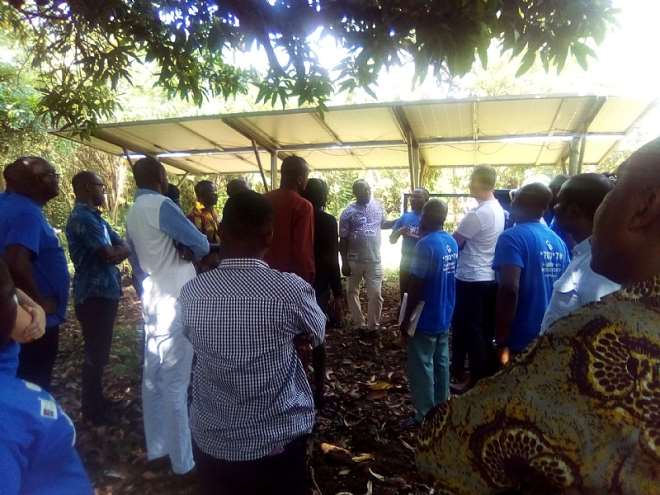 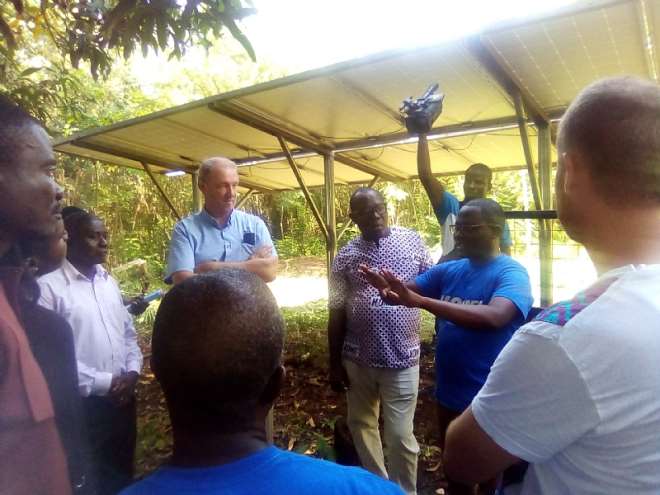 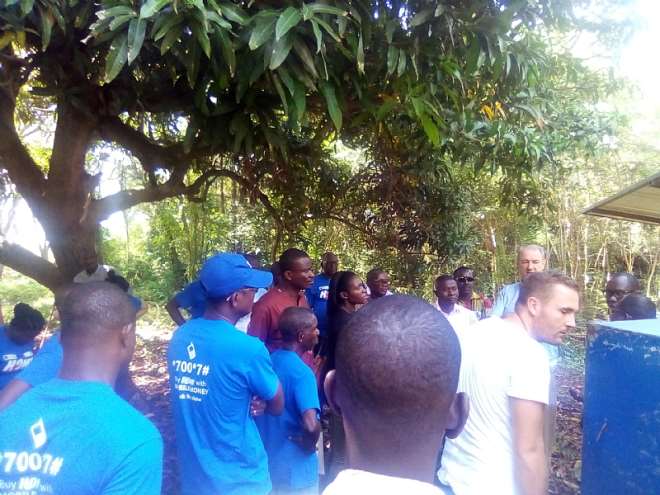 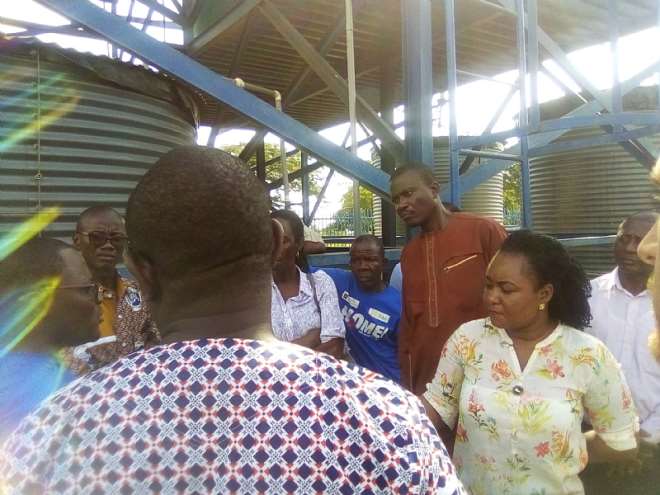 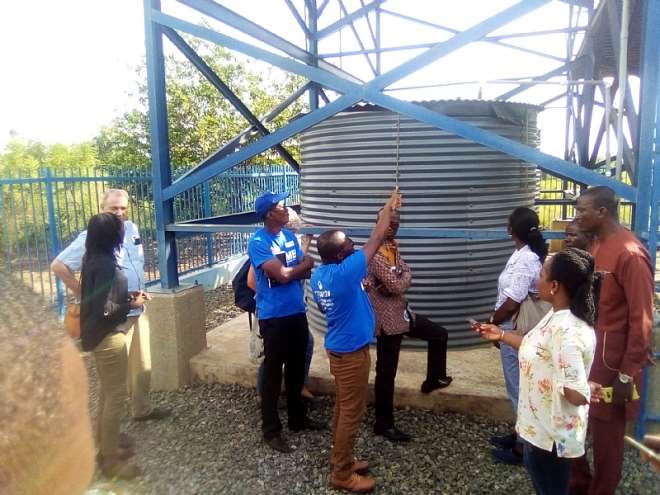 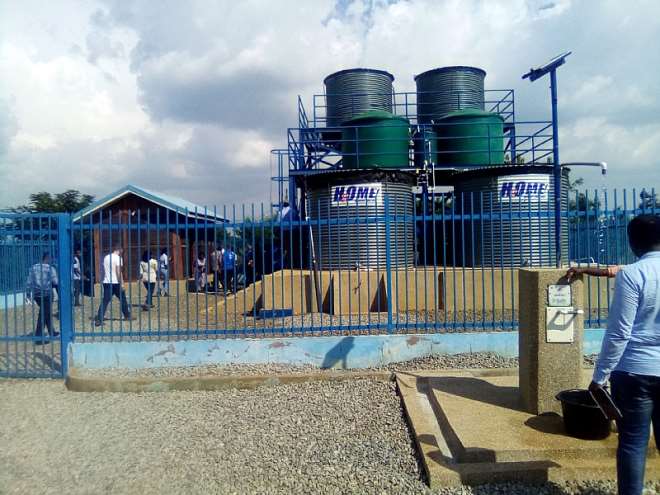 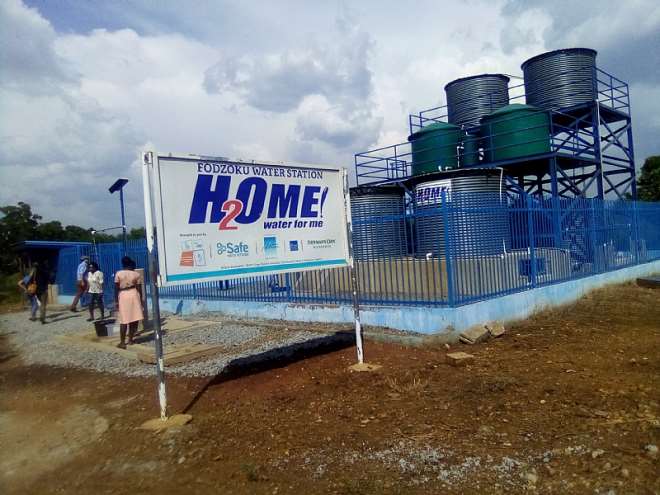 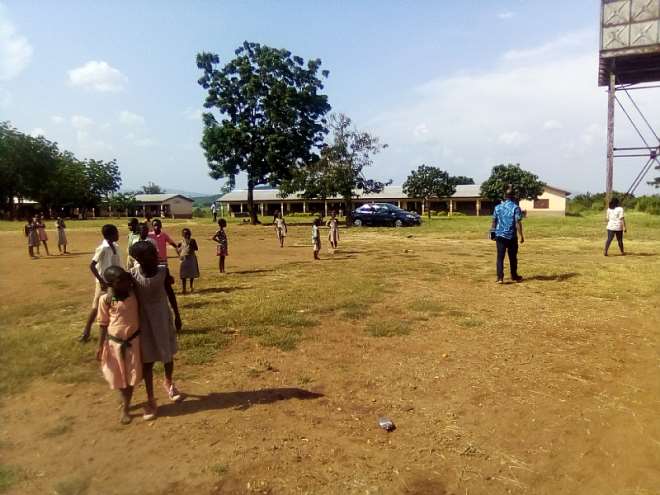 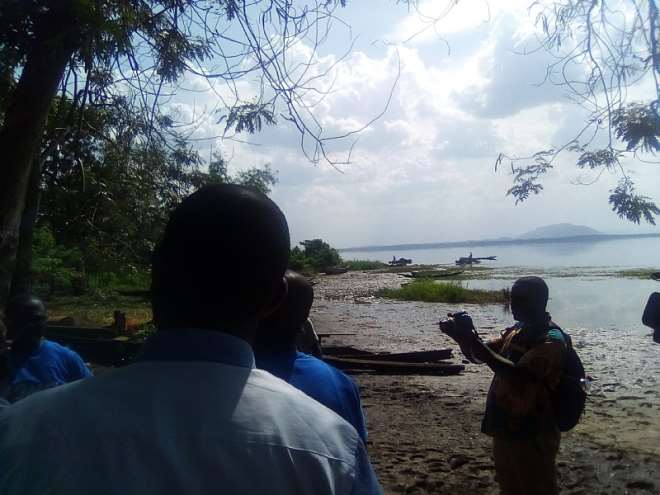 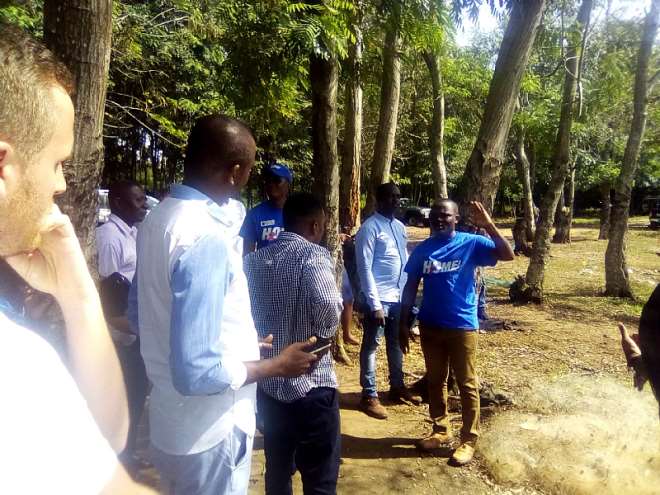 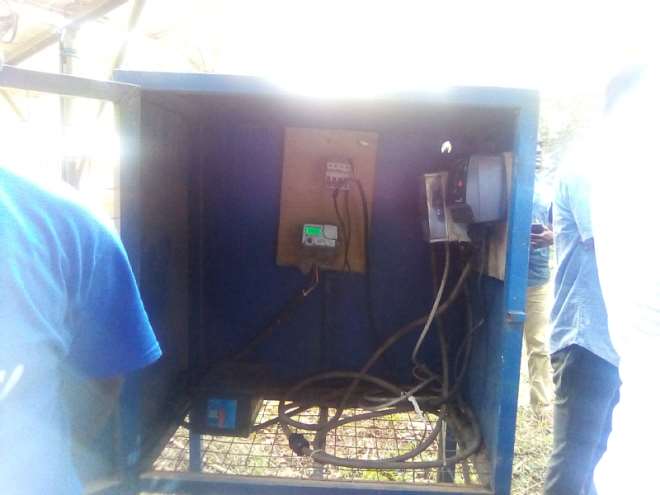