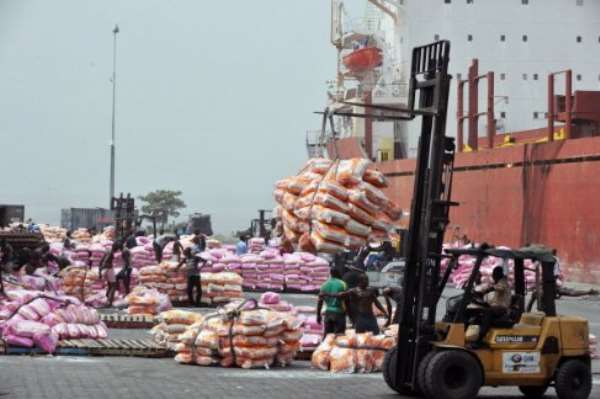 The Peasant Farmers Association of Ghana (PFAG) has backed government's decision to ban the importation of rice by 2022.

The Association in a statement signed by Abdul- Rahman Mohammed, National President and Board Chairman of PFAG has therefore called for a show of commitment and steps to be put in place for immediate ban rather than wait until 2022.

It said adopting Nigeria’s food importation ban concept would not only help to reduce Ghana’s import bill but create employment opportunities in Ghana and stabilise the cedi.

"Concrete measures need, therefore, to be put in place to commence ban on imports such as the reduction in 2020 rice imports," it added.

The statement commended government for setting aside a day to appreciate the contribution of farmers to the growth and development of the country.

The 35th edition of Farmer's Day is on the theme: “Enhancing Small Scale Agriculture towards Agribusiness Development.”

The Association has, therefore, congratulated all smallholder farmers especially those, who would be awarded prizes at the local level.

It said government should direct for institutional purchase of local rice by as the school feeding programme, free SHS, the Military and Para institutions.

It said government should mandate all banks to increase their loan portfolio with low interest rate on agriculture.

The statement said critical issues on the eve of this year's celebration have taken the spirit off the theme.

It said smallholder rice farmers, who were keen in agribusiness were apprehensive and despondent as the rice they produced during the last crop season lies waste and possibly to the vagaries of harmattan bush fires.

"Farmers are confronted with lack of access to combine harvesters, lack of storage and exploitation by traders, who have taken advantage of the desperate situation," he added.

It said the National Food Buffer Stock had announced plans to mop up the surplus rice by providing minimum guaranteed prices to farmers but has not materialised leaving the rice farmers to their fate.

It said Ghanaian farmers have proven their ability to produce enough rice to meet domestic consumption.

The statement said this was manifested by the drastic increase in rice production in 2019 of which greater quantities still remain unharvested due to lack of harvesting equipment and a guaranteed market.

Unfortunately, only 34 per cent of Ghanaians consume Ghana rice, while 680, 000 tonnes of rice costing $500 million is imported annually.

The Association believes that the high appetite for imported rice has significantly contributed to rice millers lacking market for Ghana rice leading to the current rice glut in Northern Ghana.

"This phenomenon if not addressed with the urgency it deserves, can worsen the poverty situation of smallholder farmers and majority of rural people, who still rank as the poorest in the country and thereby negatively impacting on the successes the nation chalked in recent times on the campaign against poverty and food insecurity," it added.

The statement has therefore recommended to government to explore new technologies to address aflatoxin and other post-harvest challenges in rice production.

It said government should bring storage facilities closer to rice farming areas by first completing the One District, One Warehouse programme, commission the completed ones and set up temporary cocoons in the communities.