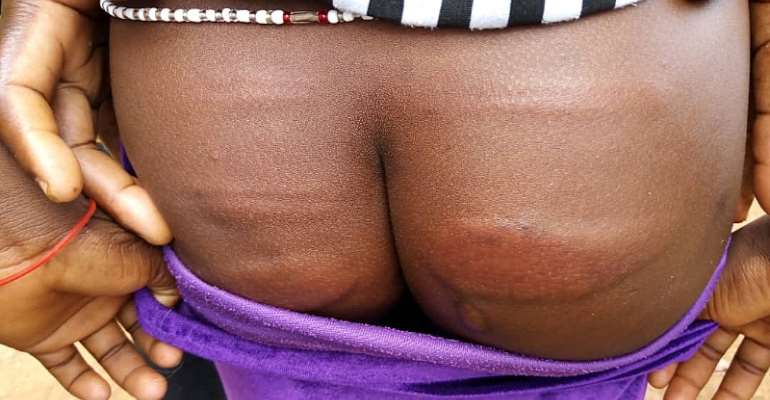 Headmaster of Kokofu Junior High School , Mr. Marfo Boakye,has allegedly being lashed and assaulted by parents for beating their ward mercilessly in the school.

The Headmaster was assaulted and brutalized by parents of form one pupil at around 10:30am, in the presence of his colleague teachers.

Numbering four, made up of two women and two male, the angry parents stormed the school to attack the Headmaster physically for beating their ward.

Asana Lukaya, a form one pupil in the school, according to reports, was caned by his class teacher in the morning for being truant.

Shortly after being beaten, Lukaya was said to have rushed home to inform the parents about the incident.

The parents, Kingdom FM 107.7 news gathered, incited residents of Kokofu and Mehame Nkwanta to accompany them to the school to deal with the teacher accordingly.

After reaching the school, the angry parents and their aides, stormed the Lukaya's classroom in search of the class teacher, in which they dealt with him accordingly.

The Headmaster of the school, as well as the victim, had been taken to the police station to lodge a formal complaint.