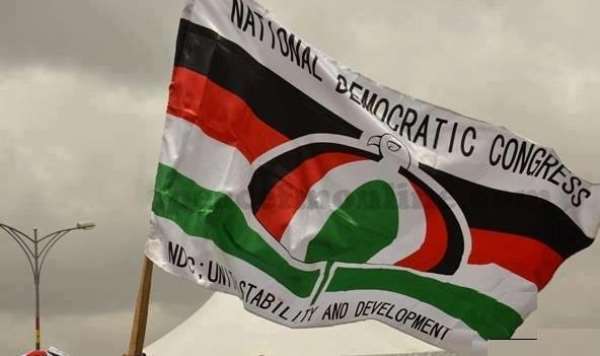 The US branch of the National Democratic Congress has condemned what it says is the unilateral withdrawal of the December referendum.

The group says the withdrawal by President Nana Akufo-Addo is inconsistent with provisions of the constitution which provide for independence of the Electoral Commission.

“We join calls by the minority in parliament to condemn the unilateral withdrawal of the referendum question as it is a breach of Articles 45 and 46 of the constitution,” a statement from the NDC-USA said.

The referendum was meant to ask voters to amend Article 55/3 of the constitution which barred political parties from local assembly elections.

It seemed like the amendment would pass until the opposition NDC called on supporters to vote NO, raising a whole debate about the purpose and benefit of the amendment.

The NDC said the country was already polarised on partisan lines at national level and the local government did not need such polarity.

President Akufo-Addo withdrew the referendum amid calls to build a consensus before moving forward.

The NDC-USA has demanded that the government discloses the cash spent on the referendum before its abortion, adding “it is common knowledge that ballot papers for the referendum have already been printed.”

Read the full statement below

The NDC USA would first like to congratulate the millions of Ghanaians in Ghana and abroad who joined the NDC and the coalition of “No” campaigners for a job well done thus far. This once again demonstrates that true power resides with the people and not the elected.

The NDC’s position remains that the average Ghanaian has every right to elect accountable leaders at the local level. This can and should be done without politicizing the process.

That said, it is noteworthy to state that the President continues to display an unprecedented level of ineptitude and gross incompetence. If the NPP government led by His Excellency Nana Addo Dankwa Akuffo-Addo had heeded to calls to suspend the referendum, the mean taxpayer would not have been subjected to another waste of state resources and would have saved the country millions of precious Ghana Cedis to begin with.

The NDC USA demands in the spirit of transparency and accountability, that government discloses how much has been spent on the referendum to this point, failing which will necessitate further calls for a full probe as it is common knowledge that ballot papers for the referendum have already been printed.

We join calls by the minority in parliament to condemn the unilateral withdrawal of the referendum question as it is a breach of Articles 45 and 46 of the constitution.

The NDC USA remains deeply concerned about the lack of independence of the Jean Mensa and Dr. Eric Bossman-Asare led Electoral commission. In more normal times, the referendum would have come off as scheduled. But it is becoming more apparent that the Electoral commission has lost its former independence and if this trend is not checked immediately, it will threaten the very democracy our forefathers died to safeguard.

As we enter the new year, we would like to take this opportunity to remind all disenchanted and frustrated Ghanaians that the night is darkest before the dawn and the unbearable suffering will surely end. The NDC has heard and will respond to the cries of the masses to rescue Ghanaians from the crushing clutches of the NPP government. We urge Ghanaians home and abroad, to continue to pray for strength and health for the NDC and its ever-capable leadership, for victory 2020

Long live the Republic of Ghana