South Africa's Tutu could be discharged next week 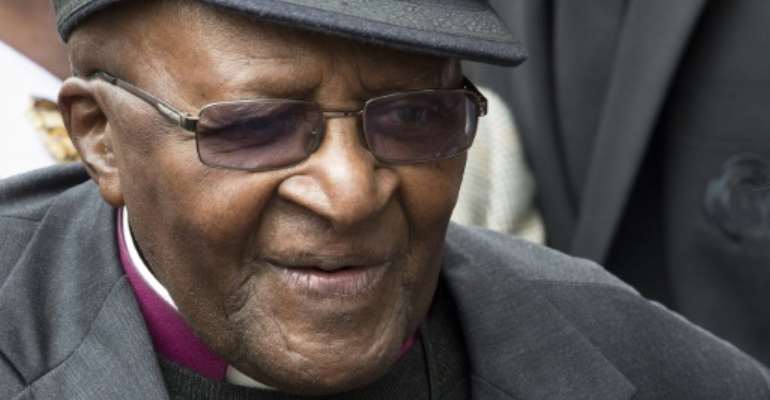 The 88-year retired archbishop was hospitalised in Cape Town on Wednesday for a infection. By RODGER BOSCH (AFP/File)

South Africa's Desmond Tutu could be discharged "early next week" after he was hospitalised with an infection, his family said Friday.

The 88-year retired archbishop was hospitalised in Cape Town on Wednesday for a "stubborn infection". He has been undergoing treatment for prostate cancer for more than two decades.

"Tutu is continuing to receive treatment for a recurring infection in a Cape Town hospital," said a statement by the Desmond & Leah Tutu Legacy Foundation on Friday.

"The Tutu family hoped that the Archbishop would be discharged from hospital early next week."

Tutu gained worldwide prominence for his strong opposition to white-minority rule, which won him the Nobel Peace Price in 1984.

Hailed as the moral compass of the nation, he retired from public life in 2010.

Former Cape Town archbishop Njongonkulu Ndungane, who visited Tutu on Thursday, said he was "in good spirits" and "responding well to the excellent medical care that he is receiving".