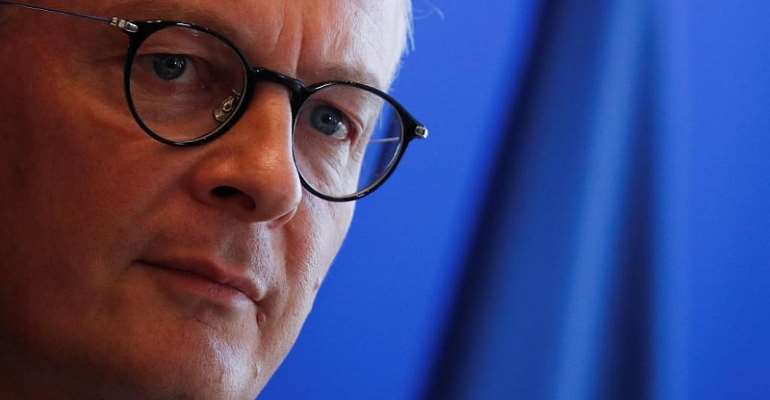 France has turned down a US proposal for companies to opt out of a proposed international tax reform, Finance Minister Bruno Le Maire has said, as he urged Washington to negotiate in good faith.

The Paris-based Organisation for Economic Cooperation and Development is in the midst of the biggest rewrite of international tax rules since the 1920s, aimed at updating them globally for the digital era.

But France and the United States are already on a collision course over the issue, with Washington threatening heavy duties on imports of champagne, cheeses and luxury handbags in retaliation for a separate French digital levy that would be replaced once any global OECD deal was struck.

U.S. Treasury Secretary Steven Mnuchin raised serious questions about the OECD proposals in a letter made public on Wednesday, jarring international officials by floating the idea of a "safe harbour regime".

He said Washington had serious concerns about any moves to abandon certain current taxation structures such as arm's-length transfer pricing, under which companies have to charge the market rate for cross-border transfers within in a group, and what is considered a taxable presence in a given country.

"Frankly I don't put a lot of stock in the American proposal for an optional solution where companies are free to decide," Le Maire told a conference on the French fashion industry.

"I haven't seen a lot of companies that freely accept to be taxed. We can always count on people's philanthropy, but it doesn't go very far for the public finances," he added.

Many governments are deeply frustrated that such companies can legally book profits in low-tax countries such as Ireland regardless of where their clients are.

The OECD proposed in October giving governments more power to tax big multinationals in the country where the end client is. The proposal is to serve as the basis for negotiating the outlines of an agreement by January, with a final deal due later in 2020.

Le Maire said a solution where companies could opt in or out as they pleased would be unacceptable to France and other OECD countries.

He urged Washington to negotiate "in good faith", which he said meant on the basis that the new rules be binding. He said if the efforts at the OECD, tasked with making the proposals by the G20 group of major economies, fell through, EU countries should revive talks for a European digital tax.

Crime Fighting Takes New Turn With The Installation Of 10,00...
3 minutes ago