Togo to hold elections in February next year 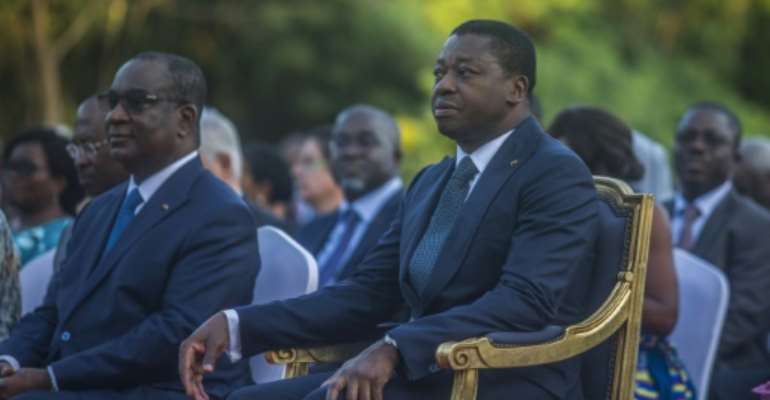 Gnassingbe has been in power for nearly 15 years since succeeding his father Eyadema Gnassingbe, who had led the small West African country with an iron fist for 38 years. By Yanick Folly (AFP/File)

Togo will hold elections in February next year, a government decree said, when incumbent President Faure Gnassingbe is expected to seek a fourth term in office.

The decree published late Thursday after a cabinet meeting said the presidential election will be held on February 22 with a second round organised if no candidate gets a clear majority.

Gnassingbe has been in power for nearly 15 years since succeeding his father Eyadema Gnassingbe, who led the small West African country with an iron fist for 38 years.

The decree said for the first time Togo citizens living abroad will be able to cast their votes at embassies in the countries where they are living.

Election campaigning will start on February 6 and finish February 20, it said.

Opposition parties and civil society leaders, including Togo bishops, last month called for the election to be suspended to allow for a reorganisation of the constitutional court, the electoral register and the national electoral commission.

In early May, the Togolese deputies voted a constitutional amendment allowing Gnassingbe to run again in 2020 and 2025, but also to benefit from immunity for life "for acts done during presidential terms".