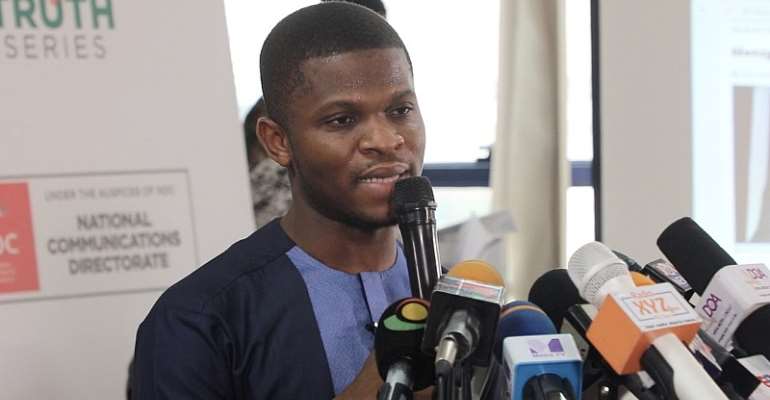 It is disheartening to see how politics has so been misunderstood, cheapened, and/or is played in Ghana. Many a Ghanaian in the political arena is not there to seek to serve his/her people and nation but to acquire quick money and assets. This is what has become of Ghana politics to our politicians.

Many people, especially when their political party is in opposition, will do whatever it takes to undermine the government and the party in government with intent to push them out of power to take over from them. They will never support the government on her policies even if such policies and programmes are good to serve the collective interests of the people. They will twist the facts. They will distort the government's policies all with the aim of deceitfully wooing the public to their side. They will engage rotten characters that are ready to sell their credibility as human being for a pittance to do the devil’s work for these crafty politicians. Pity though!

Look at a political prostitute like Kwame A-Plus. This guy was with NDC. When he could read the signs that the NDC was going to lose election 2016, he hurtled like a frightened dog with its tail tucked in-between its two hind legs to join the NPP. He went in like a genuine person but little did anyone know that he was going to explore his chances to exploit the party to make money for himself. When the party won power, they gave him a job. In less than no time, they found out that he has ill-motives, thus, he had come to make ill-gotten wealth. Subsequently, they relieved him of his position.

As a smart crook as he is, he has gone back to the NDC to become friends with former President John Dramani Mahama. He has started with all his might to accuse the NPP and His Excellency the President, Nana Addo Dankwa Akufo-Addo, of all sorts corrupt practices, incompetence and any silly fabrication that crosses his warped mind. Birds of the same feathers flock together so no wonder that Kwame A-Plus finds absolute succour and solace in the bosom of former President John Dramani Mahama.

Look again at one Sammy Gyamfi, the NDC Communication Director. This young man is said to be a lawyer. However, he goes out all day playing dirty politics in Ghana. He never ever finds anything better about the NPP government but evil. He criticises, lambasts and calls the Ghanaian public to revolt or reject the NPP for being incompetent, criminals and all sorts of adversarial crimes that crosses his jammed mind. This guy who is sly, loquacious and harbours selfish interests, is aiming to land a bigger political position should NDC come back to power. His undisclosed, but detected, objective, is to acquire illegal quick buck or wealth in the near future. Following that, he is always playing politics with the minds of Ghanaians.

He is constantly jumping from one radio station to another and/or participating in the spurious NDC press conferences playing politics with the minds of Ghanaians. Throwing dust into our eyes with the ulterior motive of getting his party elected to power for him to become a Mr Somebody or a Mr Big Man to embezzle public funds and assets is all that this young man is about.

What is this idiomatic expression of “to play politics?” it means “to deal with people in an opportunistic, manipulative, or devious way, as for job advancement”. Is this not exactly what this crafty Sammy Gyamfi is doing to enhance his chances of becoming a Minister of a Government Ministry in future, by manipulating the minds of Ghanaians with his many lies?

Is Sammy Gyamfi indeed a lawyer? If yes, is he well informed in both the legal profession and politics? I don’t think so. As it does not take long for an unwitty person to make a noose of a long rope that falls into their hands to hang themselves, so does it not take long for a con person to give themselves away by exhibiting their ignorance, stupidity and malicious intentions when given a vast opportunity.

This man says he will take President Nana Akufo-Addo to court for stopping the referendum because he has by stopping it caused financial loss to the State. He goes on to say the president did not consult all Ghanaians before proposing and embarking on the referendum. Again, he did not consult all Ghanaians before calling off the referendum although the Ghana Constitution explicitly states in Article One that the sovereign power of the nation and to govern the nation resides with the people.

His quotation of “the sovereign power is bestowed on the people”, to buttress his contention of taking the president to court underlines his ignorance of politics and exudation of political stupidity, if not the non-comprehension, of the constitutional articles and clauses. What a lawyer he is indeed! No wonder that most Ghanaian lawyers and judges are incompetent and do not understand their profession.

When the people vote to elect candidates to represent them in parliament or on public bodies, they have transferred their sovereign power to their representatives. The representatives are the embodiment of the masses. Therefore, a decision taken in consultation with the elected representatives e.g. Members of Parliament, has indeed the consent of the Ghanaian masses.

The government or the president cannot contact every single individual to seek their opinion before they perform their mandated governing duties. It suffices for the president to contact the Ghanaian masses through parliament or in exceptional cases via referenda. An entrenched constitutional clause can only be amended or removed through referendum.

Once the president consulted parliament, and all stakeholders bodies in Ghana before initiating the now aborted election of MMDCEs referendum, Sammy Gyamfi has no ethical right to accuse him of not consulting the public before initiating the referendum hence he has caused financial loss to the State. He again says he did not consult the public before cancelling the proposed referendum. What a "kosi a nkosi, koda a nkoda" (dilemma) scenario?

If Sammy Gyamfi thinks he has the balls like that of a Lion King, let him sue the president. If he has no balls at all, let him keep quiet. He has either put up or shut up! I am personally fed up with him throwing dust into my eyes by his crafty manipulations and lies.

To counter Sammy Gyamfi and his lies, I shall come out strongly in the coming days wielding the sword and armour of truth to defeat him and his ilk.

The author has 2206 publications published on Modern Ghana.