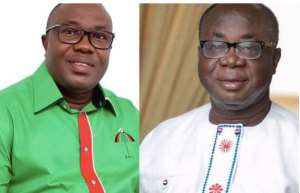 Some Ghanaians do not have faith in the newly passed Vigilantism and Related Offences Act (2019) to stop the act of political vigilantism and electoral violence in the country, a research by the Centre for Democratic Development -Ghana (CDD-Ghana) has established.

According to the research, some Ghanaians believe that the law will not work because of the absence of the political will to enforce the laws, and the corrupt practices by police officers would render the enforcement of the law ineffective.

It indicated that some Ghanaians were of the view that the politicians and policy makers themselves used the services of the vigilante groups and therefore it would be difficult to make the law effective.

The research, which targeted communities which had recorded incidence of electoral violence also sought to collate the views and perspectives on the ongoing government initiatives for addressing political vigilantism.

The national dialogue was organised by CDD-Ghana in collaboration with the United Nations Development Programme (UNDP) under the multi-stakeholder consultative platform for peace and governance initiated by the CDD-Ghana and UNDP with the aim to complement the efforts to eradicate electoral violence and political vigilantism.

The dialogue, which was on the theme: “Ghana dialogue on electoral violence: lessons from selected cases” brought members from the political parties, Peace Council, civil society organisations among others.

Recommendations
In her presentation, Ms Adzraku explained that the main drivers and causes of electoral violence included the winner-takes all system in the country, unemployment and poverty, politicisation of chieftaincy disputes, mistrust for state institutions – Electoral Commission and Ghana Police Service and electoral malpractices.

The lack of confidence in the security agencies, she indicated, often made politicians to resort to the vigilante groups for security.

In the recommendations, Ms Adzraku called for the political will by the authorities to enforce the laws without fear or favour.

She also called for intensive public sensitisation on Vigilantism and related Offences Law.

She further recommended building of the capacity of the youth to be peace ambassadors in hotspot communities and the need for the leadership of the New Patriotic Party (NPP) and the National Democratic Congress (NDC) to engage with constituency actors.

Beacon of peace
The acting UNDP Country Resident Representative, Ms Silke Hollander, said Ghana served as a beacon of peace in the African sub-region with the resilience of her renowned peace architecture serving as a source of widespread inspiration and a cornerstone of development in the country.

Beyond the effective peace architecture built by Ghana, she said there was the need to remain vigilant in calling the drivers of conflict and identifying early warning signs to guide preventive action to preserve Ghana’s peace.

Maintaining the reputation
The Director of Advocacy and Policy Engagement, CDD-Ghana, Dr Kojo Asante, said the national dialogue was to crown the “Multi-stakeholder Consultative Platform for Peace and Democratic Governance" initiated by the CDD-Ghana with support from the UNDP aimed at promoting dialogue and building consensus to address the increasing threat of political and electoral violence.

Galamsey: We have to win the fight to protect our heritage -...
40 minutes ago