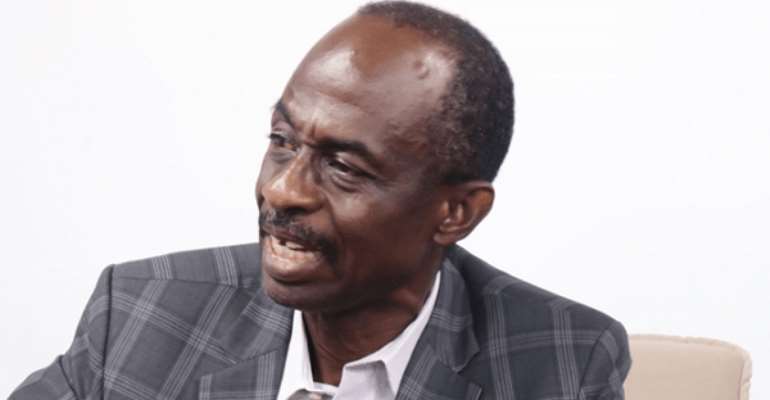 In the course of the past four weeks, there have been two occasions that have opened my eyes to witness why God is quoted to have said that “the wickedness of man was great in the earth and that every imagination of the thoughts of his heart was only evil continually.”

Both occasions were at celebrations of holy matrimony. Two separate marriages scheduled to be blessed in church, one in Ghana, the other in London, were called off on the day of the wedding; indeed, one of them right in the presence of hundreds of invited guests in the church.

Reason? In each case, the man had had a change of mind! In the second instance, the lady lost her mind and is currently at the mental asylum.

Change of mind
This week, the President of Ghana called off the nationwide referendum scheduled for December 17 because the NDC had a change of mind.

On November 14, I announced in this page in the Daily Graphic what my vote in the referendum would be. For reasons which I stated in 800 words, I had decided I would vote ‘No’. I thank my God that I announced my decision before the NDC decided to campaign for a ‘No’ vote.

If I rejoiced at their decision, it was only because it meant that I was not alone in this: didn’t the Mfantse people of Ghana say that ghosts love the sight of their numbers swelling by the day?

Happy, yes; but in shock. More so when I heard the voice of Johnson Asiedu Nketia, the party’s Secretary-General, on Citi FM’s ‘Eyewitness News’. I had read his (and, presumably, his party’s) stand at the Multi-Stakeholder Conference organised by the Ghana Catholic Bishops’ Conference on June 9 (this year!), attended by representatives of six political parties.

Hear Mr Asiedu Nketia on that platform:
“Having operated the 1992 Constitution for more than a quarter of a century, it has become very clear that provisions that bar partisan politics at the district level have become obsolete; hence, the need to take a second look at it.”

He reasoned: “If you have a system where control over local government institutions can be shared among the political parties, even the smaller political parties can focus on one particular district and make sure that they get an MMDCE elected so that they also have a chance to participate… If you lose the Presidency, you have not lost everything; at least, you have a chance to participate through the election of MMDCEs.”

Human beings are thinking beings; that is why change of mind is not a sin. But what about the reasons he assigned for his support of partisanship at the local level? Have they become untenable? Why did he say “no-one” engaged the party when he knew he had attended, at least, one stakeholder meeting, even if it was at the instance of the Catholic Bishops Conference?

Pay-back?
Is the U-Turn not pay-back time? Was (is) he (perhaps the NDC) not peeved over their tussle with the EC and NPP over issues to do with universal adult suffrage; that the EC was putting in a system to register only 500,000 Ghanaians in the limited registration exercise?

Perhaps the answer lies in the revelation by Yieleh Chireh. In

Parliament, faced with evidence (the Hansard of July 29) that the NDC had all along supported MMDCE election on partisan lines, the Wa West MP made a statement that will forever be etched in history.

“Mr Speaker, the minister is claiming that we were all on board. We were playing them a trick. We pushed them to where they can’t change again, and we have pulled a fast one on you,” he said.

The House laughed but above the roar of their bellows and guffaws, I was fighting back a fear. This is not the Ghana which we want today’s children and youth to yearn to live in. We are telling them as they grow they should remember it is alright to lie, if it is to win elections. We didn’t use to be like this. It is counter-cultural.

On TV news the other day, some NPP elements in one of the northern districts were calling on the President to remove their DCE because she was not pursuing party interests at the district. See? I wrote last month that I would vote ‘No’. I haven’t changed my mind.

Where is Unilever
Now to a purely personal matter. Where is Unilever’s headquarters in Ghana? I bought ‘Pure It’, a Unilever water purifier three years ago, but I have been unable to use in the last one year because its filter outlived its lifespan. I have combed everywhere in search of a replacement. Now, after one year, I am advised to try either Unilever headquarters or order one online from the manufacturers!

“That’s planned obsolescence!” I muttered, fearing that the reason the stores are not stocking the filter is that Unilever may have stopped importing them and, therefore, the prospect of this medium-sized machine sitting in my kitchen forever.

For the sake of the hundreds (perhaps thousands) of us who believed the adverts and bought ‘Pure It’, couldn’t Unilever encourage the manufacture of the filters at KNUST and our many technical universities?