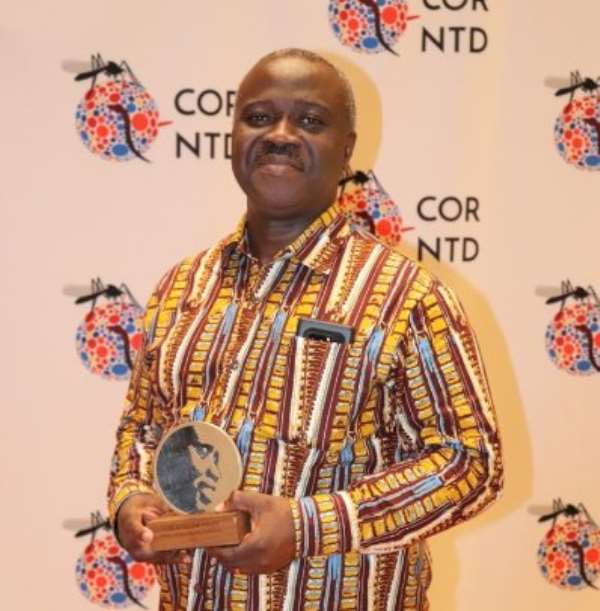 The annual award was also bestowed on him for his dedication to bringing people together to implement NTD control and elimination programmes.

He received the prestigious award at the COR-NTD’s annual meeting.

Prof. Gyapong was voted the winner to receive the award out of 900 individuals who also received invitations to the COR-NTD meeting.

In total, 14 different individuals were nominated out of the 900.

Consequently, the individuals were shortlisted out of the nominated by an eight-person panel of global health experts who made a secret vote to determine the winner.

The COR-NTD’s annual prize is named after Dr Dominique Kyelem, a major player on the global NTD stage who led the Lymphatic Filariasis (LF) Support Center at the Task Force for Global Health among other public health initiatives.

The Dominique Kyelem Award is granted to individuals who live up to the standards, the late Burkinabé, Dr Kyelem set with his work; competence, effectiveness, collegiality, sincerity, and unquenchable determination and optimism.

Previous recipients of the distinguished award who have worked up to the late Dr Kyelem’s standards are Julie Jacobson, V. Kumaraswami, Mwele Malecela and David Molyneux, and Alan Fenwick, who have been contributing to NTD research all over the world.

Don’t give literal meaning to Akufo-Addo’s response to Torbg...
18 minutes ago