The Southern African Development Community (SADC) Missions in Ghana has called on the people of this country to support its campaign to get sanctions against Zimbabwe lifted.

The SADC already declared October 25, 2019 as the Zimbabwe Anti-Sanctions Day, which the community used to express its disapproval of the sanctions.

The United States and the European Union (EU) have both sanctioned Zimbabwe, citing a lack of progress in democratic and human rights reforms as well as restrictions on press freedoms.

They target both specific individuals and companies.

There are also 56 companies or organisations facing restrictions.

The sanctions by the USA block Zimbabwe access to development finance and credit facilities from the International Monetary Fund and the IMF, among others.

“The sanctions have the effect of branding Zimbabwe's banking sector as high risk, thus making the said bankers compelling targets for de-risking interventions by corresponding banks in the USA and Europe. This stigmatizes Zimbabwe as a nonviable business environment and investment destination,” the SADC Missions in Ghana said in a statement.

The SADC Missions also complained that the sanctions have hampered recapitalization and modernization of Zimbabwe's industries.

“They have negatively impacted on the health, education and sanitation infrastructure. The marginalized and vulnerable of the Zimbabwean society have been the hardest hit by the so-called targeted sanctions. Poverty has reached alarming levels, thus making the attainment of United Nations Sustainable Development Goals (SDGs) a pipe dream.”

The SADC Missions, therefore, seeking to “solicit the support and solidarity of the Government of Ghana and its people in this clarion call for the lifting of sanctions against the Republic of Zimbabwe. We request the government of Ghana to use its influence as a member of the Bretton Woods Institutions to facilitate Zimbabwe's access to these resources in a manner and terms that will facilitate reconstruction and development of the country in all its sectors.”

Read the full statement from SADC Mission below: 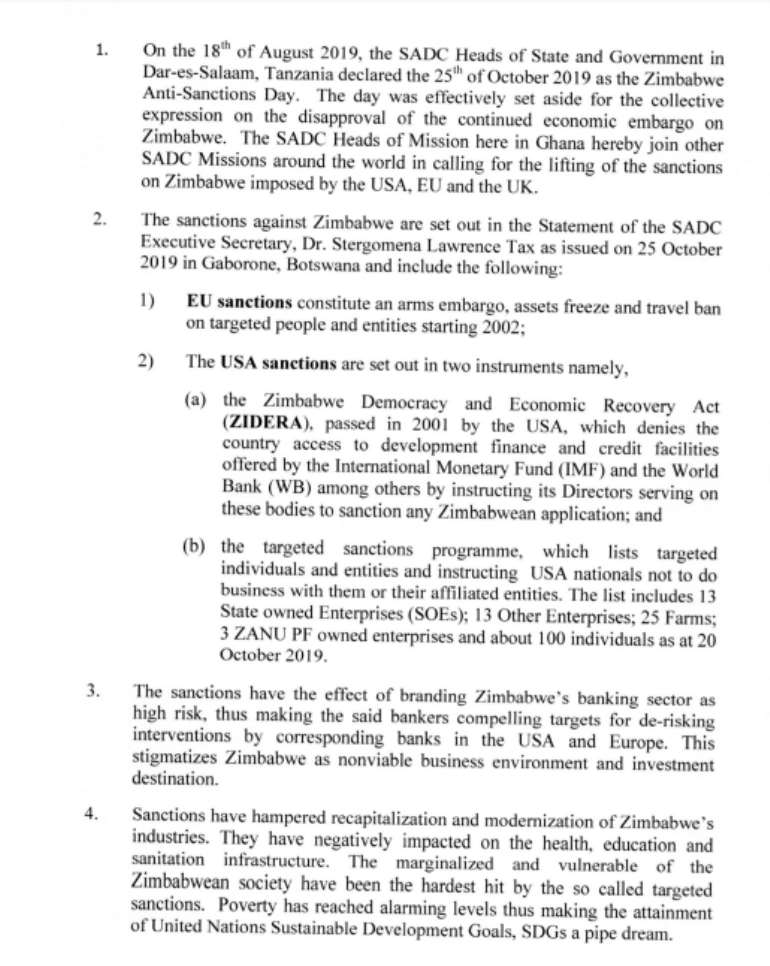 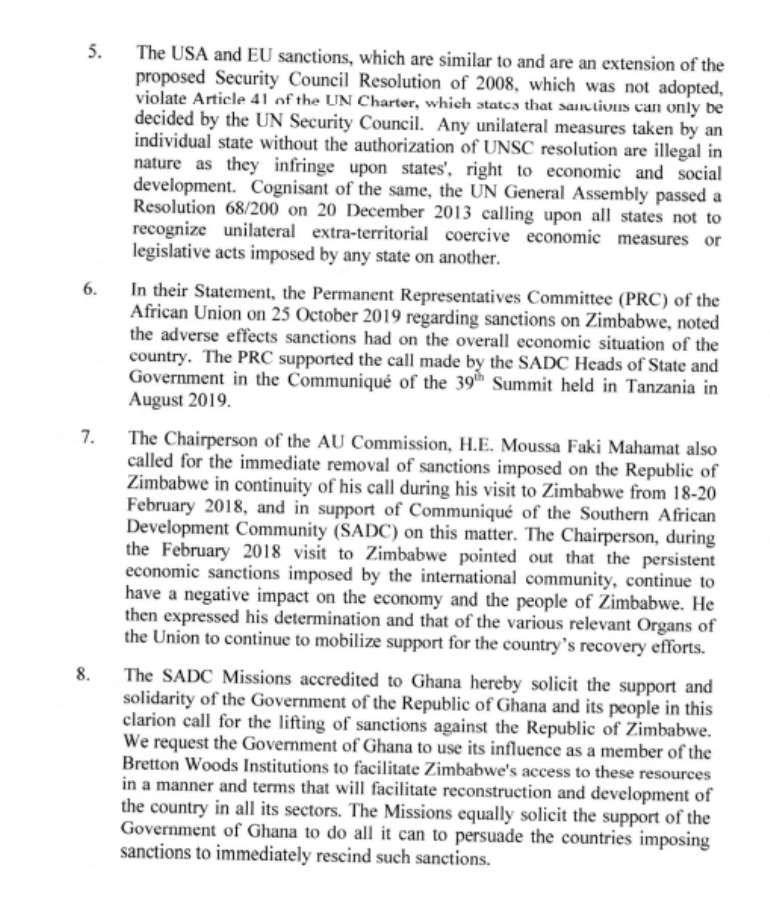 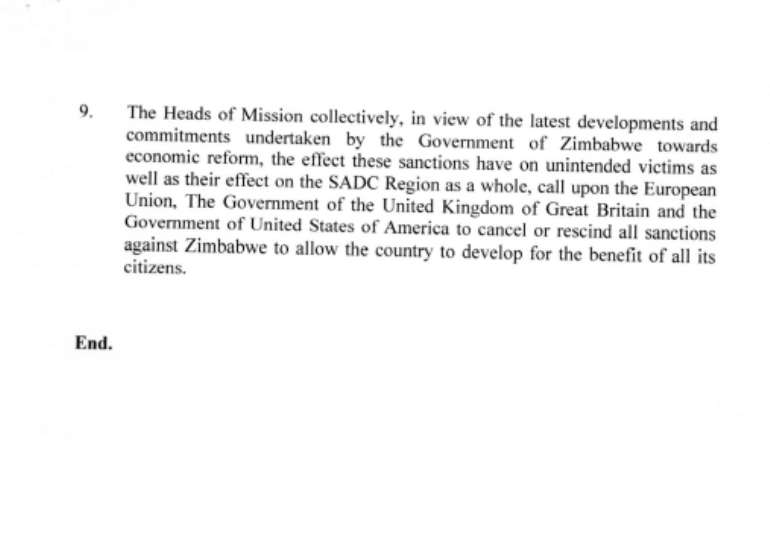