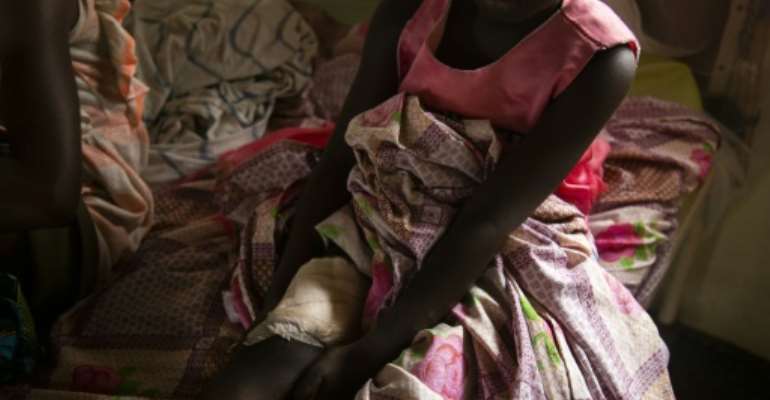 Nine-year-old Edwige Kalivanda is just one of many people being treated for horrific wounds and trauma from attacks by rebels in DR Congo. By Bienvenu-Marie Bakumanya (AFP)

"Those who didn't flee like myself were hacked to pieces with machetes," said nine-year-old Edvige Kalivanda, whose parents were butchered in the latest wave of terror to rock DR Congo's volatile east.

More than 110 civilians have been killed in the Beni region bordering Uganda since November 5, according to an AFP tally, in violence authorities blame on the Allied Democratic Forces (ADF) rebel group which originated in the neighbouring country.

The repeated and gruesome attacks have sparked deadly protests in the region against the security forces and the UN peacekeeping mission MONUSCO for their inability to stop the raids.

Several people have died in police firing and this has prompted revenge lynching targeting both police and suspected ADF collaborators.

About 60 people who fled the ADF attackers are now being treated at Beni's main hospital, suffering from horrific wounds and trauma.

Most have bullet injuries in the legs as "they were shot at while fleeing," said Godefroid Kombi, the head surgeon at the hospital.

Kalivanda was shot while escaping from an attack at Rwangoma, a district in the town of Beni. 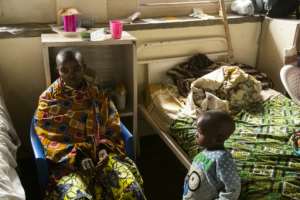 "The ADF told me to sit so they could hack me into pieces with an axe," she said.

"I tried to flee but they chased me and attacked," she added.

She survived the November 19 raid at Mbau, about 30 kilometres (18 miles) north of Beni, by playing dead.

"I fell down the first time and they cut me with their machetes," she said.

"I ran a second time and they fired. I played dead... I wouldn't have been alive" otherwise, she said.

"They didn't touch my children who witnessed this unbearable scene," she added.

Next to her lies a 12-year-old, in a coma with a bandage around her head.

"It was inside our house in Oicha that my girl received a bullet that went through her mouth," her mother Kyakimua Mbene said. 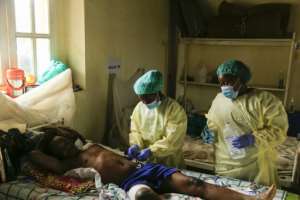 In nearly 25 years, the ADF rebel group has attacked both civilians and security forces. By Bienvenu-Marie Bakumanya (AFP)

"They asked me if I knew where the soldiers were, if I collaborated with the military," said Kavira Mahiha who was shot in the ankle while trying to escape.

She said 15 people were hacked to death in the November 16 raid in Mbau.

She is taking care of Kambale Mbumba, the one-and-a-half-year-old infant of her neighbours, all of whom were wiped out.

"Kambale is the sole survivor in her family," Mahiha said.

"Just minutes after an attack on our town by the ADF... a soldier from our army fired at me, wounding me in the leg," said Kavuo Mbafumoja from Mbau, whose right leg is in plaster.