Hats Doffed For Our Farmers! 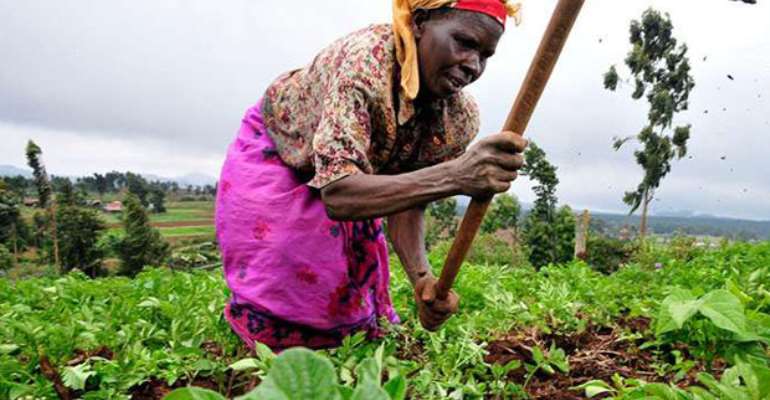 That important day on our national calendar set aside for us to salute our farmers for their role in providing our carbohydrate and protein requirement is due once more.

Their role in filling our foreign exchange kitty is another critical task upon them which we often take for granted.

On this important day, we are imagining a parade ground on an imaginary national parade square and all of us Ghanaians formed up to pay a deserving obeisance to our farmers. And why not considering their toils for the past year and the coming years?

No volume of plaudits is enough for these unsung gallant men and women who defy existing odds to work for us the returns from the toils not commensurate with their labour.

Even as we patronize our assortment of farm produce as a matter of necessity, our thoughts hardly go to the persons behind their productions, their back-breaking labour not recognized adequately by both governments and the consumers alike. We take the availability of the farm produce for granted.

Before independence, the nationalists turned to them to join forces with them to push their freedom agenda. They got the support in various forms as many of the farmers formed groups to support the freedom agenda.

As to whether after independence they were adequately rewarded for their political and farm work, only the chapters of our history books can tell.

We hereby single out the peasant farmers for salutation because they are the main source of our tubers of yam, cassava and vegetables.

Their work is mostly overshadowed by their well-endowed commercial farmers with access to financial products tailor-made for their purpose to produce mostly for the export market.

As we doff our hats for them, the peasant farmers who know not about bank accounts and live most of their lives in the countryside, we ask that government's attention be locked on them even more. Policymakers should engineer products that can brighten their corners where they live and produce our tubers of yam so that they too can come close to the good lives of their cash crop counterparts. The Pwalugu Dam project when, it is completed in our estimation, should be managed in a manner as to touch the lives of the peasant farmers too.

The government flagship programmes of dams, farming for food and jobs are some of the interventions which point at a fresh commitment to raise the living standards of farmers.

We cannot survive without an agrarian inclination as a nation. We should continue to fine-tune our agricultural policies in a way that would give an effective fillip to both food and cash crop production.

With most of our farmers in the peasant segment, it is our wish and appropriate too that their peculiar situation would be a guiding factor when policies for farmers are being considered.

As we enjoy the holiday, we should remember why the day was set aside, recognition of our farmers, and to reflect upon what more we can do for them in the coming years.