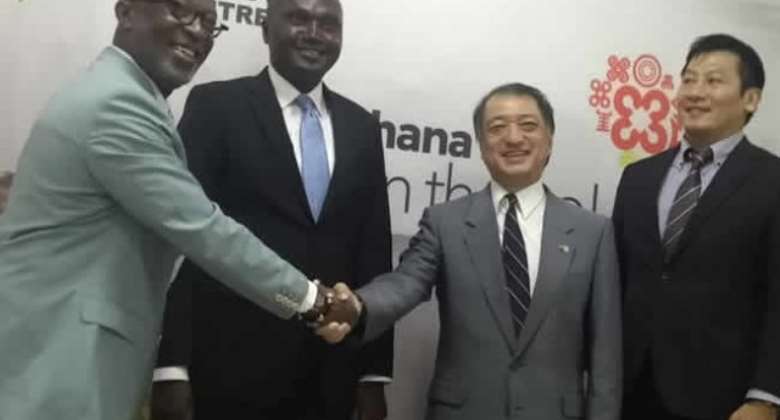 A six-member Ghana-Japan Business Promotion Committee (GJBPC) has been officially inaugurated in Accra.

The Committee will strengthen partnerships, deepen trade relations and attract the requisite technologies and capital investment that would be mutually beneficial to both countries.

The inauguration also marked its maiden meeting to enable members of the Committee to hold bilateral discussions and enhance the business climate between the two countries.

The Committee comprised representatives from the Ghana Investment Promotion Centre (GIPC), Ministries of Trade and Industry, Finance, Foreign Affairs and Regional Integration and Business Development as well as the Japanese Embassy in Ghana.

On the Ghana side, it included representatives from the ministries of Trade and Industry, Finance, Foreign Affairs and Regional Integration, National Entrepreneurship and Innovation Programme (NEIP) and the Ghana Investment Promotion Centre.

Addressing the media at the Committee’s inaugural meeting, Mr Grant said, the Committee would be proactive to address all the issues and challenges hindering investment opportunities between the two countries.

He said over the years, Ghana has had cordial relations with Japan through the Japan International Cooperation Agency (JICA) and would further deepen the relations to bolster their economies.

“We’re very clear on our Ghana beyond Aid strategy and I believe that the Japanese on the other side also want to use Ghana as an arrowhead onto the sub-region and Africa at large.

“So this committee wants to have a clear and open path where we can have mutual benefits resulting from the efficient relations to facilitate free flow of investment capital and devoid of any impediments,” Mr Grant said.

For his part, Mr Tsutomu, the Japanese Ambassador, said there are 380 Japanese living in Ghana with about 53 Japanese companies operating here.

It regarded Ghana as one of the peaceful countries in Africa because of her long period of stability, democratic dispensation and favourable business climate and would work closely with the Ghanaian authorities to improve the bilateral ties.

However, he said, there is more room for improvement and expressed Japanese government’s readiness to strengthen its bilateral relations and help address any bottlenecks hindering business transactions and investments.

The Japanese Business Community used the opportunity to explain the challenges confronting their businesses in Ghana and requested the Ghanaian authorities to improve the business climate.

Their Ghanaian counterparts led by My Yoofi Grant, the CEO of GIPC, Mr Charles Owiredu, a Deputy Minister of Foreign Affairs and Regional Integration, Mr Kofi Addo, Head of Strategic Anchor in charge of Industries and Special Indicatives at the Trade and Industry and Mr K. Duker, a Senior Advisor, at the Finance Ministry, responded by highlighting some of the policies and programmes being implemented by the Government to enhance the ease of doing business in Ghana.

The meeting welcomed the establishment of the JETRO Accra Office, which would be officially inaugurated early next year.

The Ghana-Japan Business Promotion Committee (GJBPC) is a high-level partnership mechanism aimed at facilitating mutual investment, trade and business interests between both countries, as well as serve as a vehicle to drive strategic economic partnerships for their mutual benefits.

It would promote and support Japanese and Ghanaian businesses in each others country to thrive, as well as promote Ghana as an entry point to Africa and as an investment hub for Japanese companies.