Ex-convict jailed posing as doctor arrested for the same offence 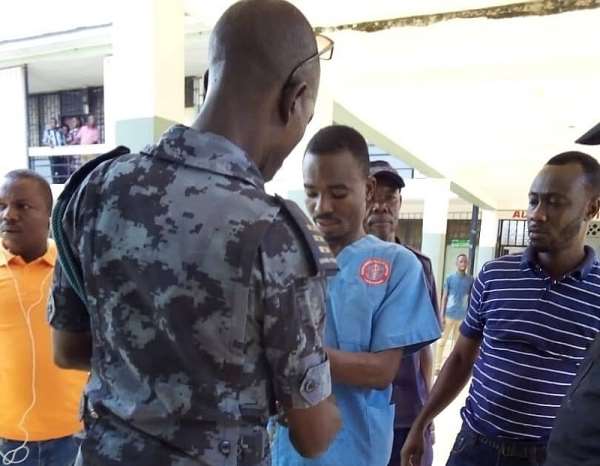 Police at Asokwa in the Ashanti Region are holding a 30-year old man who has been posing as a medical doctor at the Kumasi South Hospital.

The suspect, Lawson Edward was released from jail some months ago after posing as a nurse at the Komfo Anokye Teaching Hospital (KATH).

According to police, he succeeded in swindling unsuspecting patients at the Kumasi South Hospital (Atonsu Agogo Hospital) before he was arrested by hospital authorities and handed over to police.

The suspect is currently in police custody as investigators have begun processes to arraign him.

The suspect was also dressed in a branded overcoat belonging to the Komfo Anokye Teaching Hospital bearing the name tag “Dr Larbi”.

The hospital authorities following this development have intensified their monitoring as CCTV cameras are being installed to check the activities of intruders.