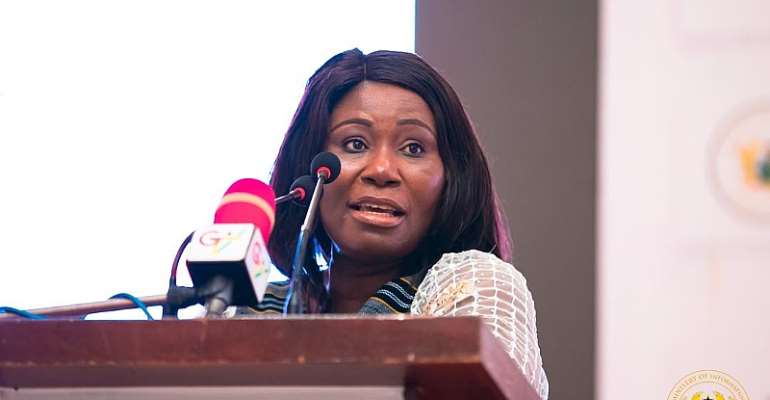 The Minister of Fisheries and Aquaculture Development, Madam Elizabeth Afoley Quaye,says government is committed to promote aquaculture to help reduce the high rate of unemployment in the country.

Speaking in an interview with Kwame Tutu on Anopa Nkomo on Accra-based Kingdom FM 107.7, Elizabeth Afoley Quaye described fish farming as a lucrative business in the agriculture sector, which when produced on large scale could create jobs for the youth in the area and the country at large.”

“We are looking forward for answers that would revolutionalize our agriculture, so that we will be able to perform to win and retain the desire of our clients within the country and outside the country.

According to her ,government will support fishing farming and corporate bodies would help fish farmers to produce on large scale to help create employment and improve on their livelihoods.

She suggested the establishment of agricultural training centers by all district and municipal assemblies to offer practical training in fish farming to students and young people.

Elizabeth Afoley Quaye said the fisheries sector provided economic livelihood to a large number of the population, particularly those in the coastal and inland enclaves which is estimated to be about 10percent of the total population as envisaged by the Sustainable Development goal 8.

She also said the first phase of the Anomabo Fisheries College project comprising classroom blocks, administration, hostels and laboratories will be completed by December, 2019.