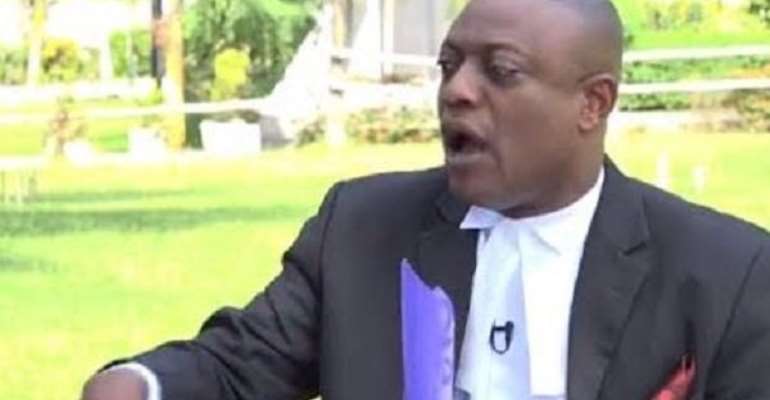 Private legal practitioner, Lawyer Maurice Ampaw has called on the Chief Justice, Her Ladyship Justice Sophia Akuffo, to enhance integrity among judges and staff in the quest to stem corruption in the Judicial Service.

He said the Service should ensure the provide anti-corruption training and awareness programme for Judges, Magistrates, court officials and other staff on the Plan, and engage the public to sensitive them on actions that lead to corruption.

” I’m pleading with the Chief Justice to ensure he eradicates corruption in the Judicial Service and ensure they sanitize the system,” Lawyer Maurice Ampaw told Kwame Tutu on Anopa Nkomo on Accra-based Kingdom FM 107.7

According to him, he explained that the Judicial service in Ghana has come under severe criticisms from the public who perceived some of its members as corrupt.

He urged the Chief Justice to engage the public and stakeholders to sensitize actions that lead to corruption to enhance the integrity of the justice delivery system.

Maurice Ampaw noted that corruption challenged the fabric of the existence of the institution charged with the administration of justice and significantly eroded public trust and confidence.

According to him, the Judicial Service is a demanding job – requiring the delicate balancing of competing interests, applying the facts to the evidence adduced and reaching a just conclusion according to law.

As societies have become more complex, so have crimes and civil disputes increased. This has undoubtedly put a greater strain and stress on the demands of our job.