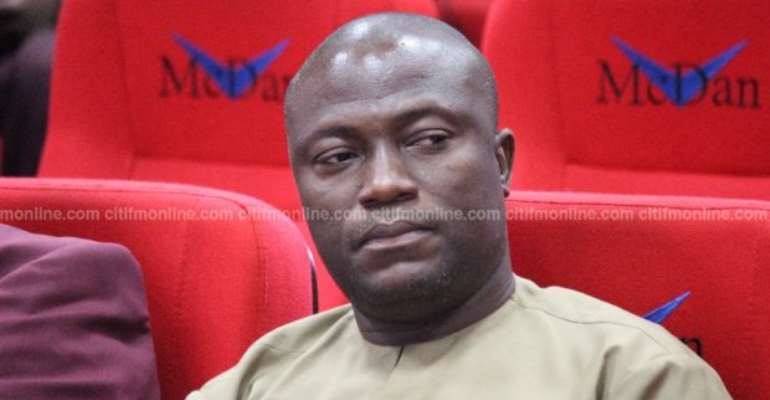 In the investigative piece, the guards who were deployed to ensure that traders complied with the bye-laws were caught extorting monies from these traders, amidst heated confrontations.

Speaking on the Citi Breakfast Show, the Adjei Sowah stated that serious actions will be taken against the culprits.

“Yesterday I received a letter from Tigereye Pi informing us officially about this. We've also written to them today that they should furnish us with the video because it's just a letter that they brought. However, we have watched excerpts of it on national TV and those that are caught in any form of negotiation or extortion from the public are going to be interdicted straight away. We can't countenance on this.”

“We are law-abiding citizens and if you're an assembly clothed with the powers to protect citizens, you cannot use those powers, abuse it by extorting money from them. We can't countenance on this especially when we are in Central Accra so you can be assured that action is being taken,” he said. Abayee exposé

In excerpts of investigative journalist Anas Aremeyaw Anas' recent piece, some city guards of the Accra Metropolitan Assembly's (AMA), popularly called Abayee, were caught demanding and taking money from shoppers around the Makola Shopping Mall and Kinbu School, Accra to set them free without taking them through due process.

The men who were part of some City Guards sent to decongest the Accra business centre by clearing traders and hawkers from the streets and pavements and other unauthorised places, accosted a lady shopper who had littered the street with a water sachet and brazenly and illegally imposed an instant “fine.”

Another male shopper was also accosted by other City Guards around Tudu and Kinbu School area for littering the pavement with a water sachet.

After some time of pleading by the shopper and sympathetic passers-by, the City Guards hauled the sanitation offender into their operation vehicle and drove him to their offices.

The relatives of the arrested shopper later went to speak with one of the City Guards' bosses who asked one of his subordinates to take them aside and sort things out. Sure enough, after the 'sorting out', the offender was eventually released.

A part of the exposé also shows some of the guards pushing and shoving a hawker with a baby at her back amidst insults and threats of beating her if she doesn't cooperate with them while they seize goods from hawkers and traders on the streets and pavements around Tudu, Accra in a brazen show of force.

What initially looked like a normal activity of the Abayee – seizing hawkers' goods amidst pleas for mercy by the victims turned into a heated and a messy confrontation between the woman and the Abayee.

The city guards, meanwhile, took advantage of that distraction to pack her goods into the bucket of their pick-up.

The tenacious woman grabbed her child and sprang into the vehicle insisting that she needs to accompany the goods to prevent them from getting lost.