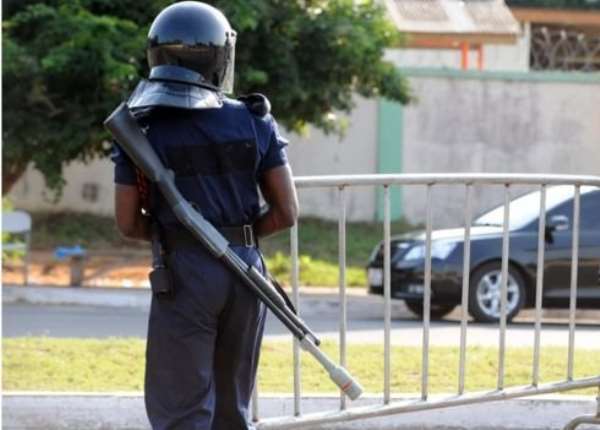 The Kwabenya District Police Command has vowed to investigate alleged sexual harassment of a woman by a police officer on patrol duty in Accra after official receipt of a complaint.

The alleged victim, Afia (not her real name) is accusing the police officer, Oheneba Adu, of fondling her breasts when her vehicle was stopped for a routine check off the GIMPA-Haatso road on Wednesday.

Afia told JoyNews’ Piesie Nana-Yaw Safo that after the police officer stopped the cab she had hired for her journey, he squeezed her breast and explained that he was checking for cancerous lumps in the breast.

“My glass was rolled down and I was seated right behind the driver. So when he got there, he just put his hand through the window and then squeezed my breast. I was so shocked because I least expected that from the police officer on duty. So I asked why he would do that. My friend also questioned him on why he would do that to me. Then he said when he finishes with me, he will go over and do same to my friend,” Afia said.

She further explained: “I asked him again why he would do that and he told me he was checking for breast cancer because he was assigned and it was part of his duties to check breasts and everything.”

Speaking to JoyNews , Kwabenya District Police Commander Supt. Kombat Damontin explained that the Ghana Police Service frowns on assault of any kind on citizens while describing the alleged act by the police officer as ‘gross misconduct.”

“We don’t condone such crimes because t is wrong for a police officer to assault anybody sexually. Even if you have been assigned to conduct search on people, it should be done male to a male and female to female. It should not be male to female. When that happens, it amounts to gross misconduct and we would not take it lightly,” Supt. Damontin said.

The Kwabenya District Police Commander also stressed that the police force will not countenance standards adding that the officer in question will be made to face the law if found culpable.

“The lady among other things indicated that the police officer who perpetrated this act has told her that anywhere she reports this case, it will not yield results.

” I am telling the general public that this is not true. If some police officers do that, then it’s not under my command. I will take this matter and investigate it to the latter. If the police officer is found culpable, we will put justice where justice belongs”, Supt. Kombat Damontin added.