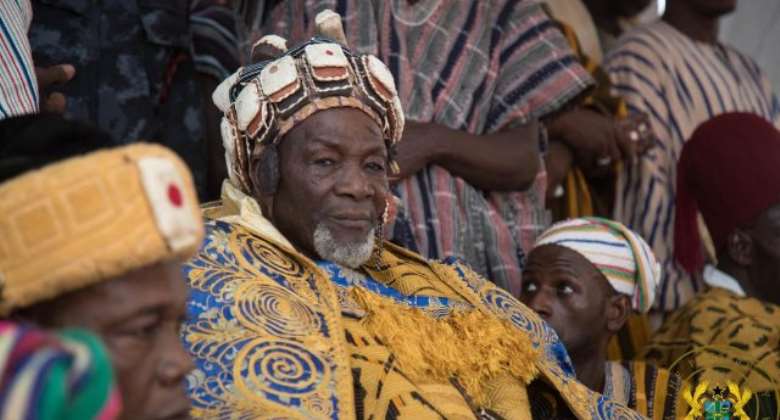 The Overlord of Dagbon, Ya-Na Abukari II, says the use of violence as a means of settling misunderstandings between youth groups in communities will no longer be countenanced by the traditional authorities.

The Ya-Na said the only sustainable approach to the effective settlement of communal disputes and disagreement is through continued dialogue and compromises.

He, therefore, called for an end to every violent misunderstanding in Dagomba communities around the world, especially in the Agbobgloshie communities in the capital, Accra.

The Dagbon King was speaking at the Gbewaa Palace in Yendi at a crisis meeting Wednesday, with the leadership of the Dagomba community in the Greater Accra Region, to discuss a lasting solution to the protracted political and chieftaincy disputes in the slums of Agbogbloshie and Old Fadama.

Over the years, deadly violence has persisted among scrap dealers who are mostly Dagombas who have fled the harsh economic situations and conflict in the north to settle in the Agbogbloshie area.

The fighting, which has led to the loss of lives and destruction of properties, has been over control of the scrap yards by the groups divided along political and chieftaincy lines.

The situation became pronounced after the Dagbon incident in 2012 and has always escalated especially after a change in political power with violent takeovers and destruction of properties belonging to perceived members of the losing faction.

In order to safeguard and ensure the sustainability of the project, the German Development Cooperation (GIZ) implementing the project on behalf of Berlin, accompanied local leaders at the scrap yards to the Dagbon Overlord and his chiefs, to solicit for support and more authority to be able to take and exercise binding decisions and controls.

Led by the Dagomba chief of Kasoa, Naa Abdallah Amidu, the group visited over seven paramount chiefs before reaching the final destination at the Gbewa Palace, the seat of the King, on Wednesday.

The chief pleaded with the Overlord to give them formal recognition and powers to able to deal with the protracted conflict.

Increase farm gate price of cocoa to GHS1k per bag for farme...
56 minutes ago