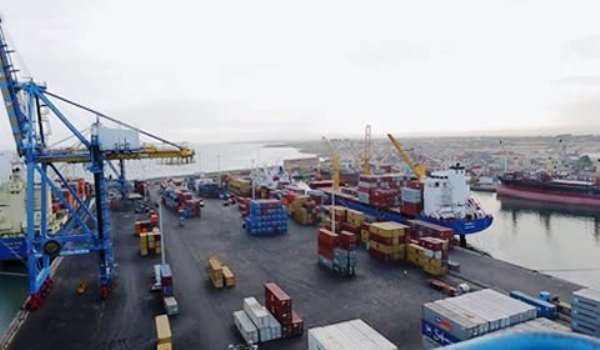 Meridian Port Services (MPS) has been directed to cease upfront charges on containers in the “Red Channel Category” at the Port of Tema.

“Consignees of such containers should make payment to MPS or any other Terminal Operator only after physical examination is conducted. This will ensure that the charges are based on services actually rendered at the Intrusive Inspection Platform,” a press release by the Ghana Ports and Harbours Authority (GPHA) said.

MPS has also been asked to cease transport charges on containers at the port.

GPHA explains that the transport charges have no legitimate basis in the current Ghana Port Tariffs.

The directives follow a protest by some angry freight forwarders on Tuesday against alleged tariff hikes at the port.

Demonstrators in red attire said they have been shortchanged by the GPHA and MPS, who are majority shareholders of the expanded port.

They also accused GPHA of acting in bad faith by charging them more than an agreed 10.9 per cent increase.

Savannah: NADMO to clear buildings on waterways after heavy ...
8 minutes ago