Dozens of migrants drown as boat sinks off Mauritania 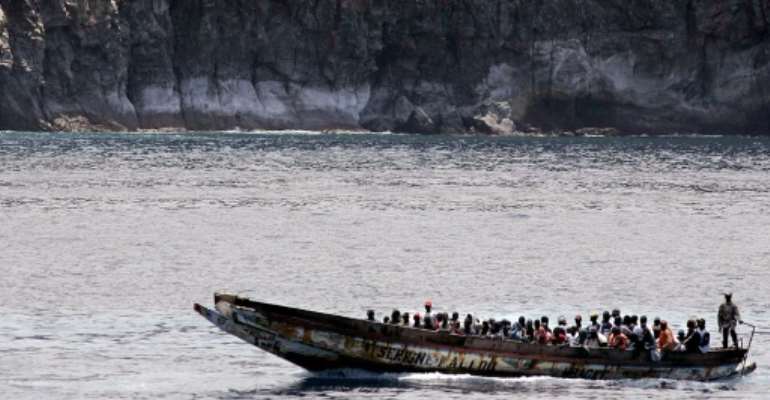 At least 58 migrants heading to Europe died as their makeshift boat sank off the coast of Mauritania, but 83 survivors managed to swim to shore, the International Organization for Migration said.

"At least 58 people are confirmed dead after a vessel carrying migrants sank as it approached the coast of Mauritania," the IOM said in a statement.

"Eighty-three others swam to shore and are receiving assistance."

The migrant vessel sunk some 25 kilometres (15 miles) north of the town of Nouadhibou, near the border with Western Sahara, a Mauritanian security official told AFP.

"The craft hit a rock in the middle of the sea, it started taking on water and the engine fell apart," the official said.

"They weren't far from the shore, but a large swell stopped them from reaching the coast by boat."

The official added that there was nothing aboard and that the migrants were hungry and cold so they jumped into the sea and started swimming.

The IOM said survivors had said the boat left The Gambia on November 27.

Map of Mauritania locating Nouadhibou where survivors were being treated in hospital after more than 50 migrants drowned when their boat sank off the coast. By (AFP)

Attempted migrant crossings to Europe along the coast of West Africa -- known as the "western route" -- have grown in number in recent years.

Last year saw a "substantial increase" in arrivals to Europe along this route, which skirts Morocco, with over 65,000 people making it across the Mediterranean there, the European Union has said.

In March, dozens of people are suspected to have drowned when a migrant boat plying this route foundered off the coast of Morocco.

Survivors of Wednesday's sinking in Mauritania told the IOM there were at least 150 people aboard when the craft went down, including women and children.

Mauritania's interior ministry also said the vessel was carrying between 150 and 180 people, adding that most of the passengers were between the ages of 20 and 30.

It added that 85 survivors in total had been taken in, according to the norms of "human solidarity" and "African hospitality".

Those in need of treatment were transported to a hospital in Nouadhibou, where a doctor, who requested anonymity, said that survivors arrived "exhausted, starving, their morale at zero".

Laura Lungarotti, the head of the IOM mission in Mauritania, said the priority was now caring for the survivors.

Mauritanian authorities have contacted their Gambian counterparts, and the country's ambassador is expected to visit Nouadhibou.

"This situation recalls... the tragedy behind the phenomenon of clandestine immigration which is decimating the African youth," Mauritania's interior ministry said.