Are Other Telcos In Ghana Working For MTN Now? 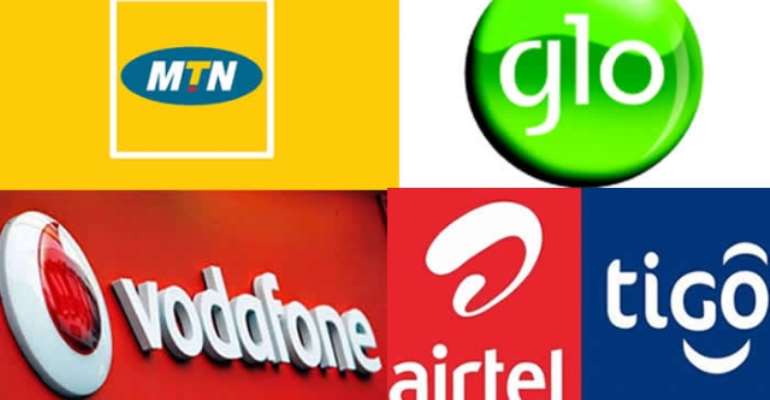 Some telecom industry observers and even players have dared to suggest in some circles that due to government's telecom industry policies, currently, all telcos in Ghana work for MTN and that is why it is the only profitable telco in the country. That is debatable.

While you ponder over that, let me quickly say that I have a hunch about this no expiry on data bundles and how it will deepen the disparity between MTN and the other telcos, to the advantage of MTN and detriment of the others.

Here is my long explanation.
For a while now, there has been a silent debate as to whether it is time for Ministry of Communications (MoC), through the National Communications Authority (NCA), to start implementing antitrust laws to ensure fair game in the telecoms industry.

The pivot of the debate is that one player, MTN has over 50% voice market share, over 60% data market share and about 80% of Mobile Money market share. MTN is the only profit-making telco and it keeps gaining much head starts ahead of the other players. For instance, MTN was the first to go 4G because the spectrum was too expensive for the others. MTN has even extended its 4G lead by buying out another 4G license holder, while other players are barely surviving. Over 70% of all calls in Ghana terminate on MTN so when they do the interconnect fees reconciliation, every telco has to pay MTN money but MTN pays no one.

Under such circumstances, an argument has been made for MTN to be declared a significant market player (SMP) or a dominant player (DP), then the regulator would apply some antitrust laws, the object of which would be to prevent MTN from using its heavyweight to bully other players. For instance, because the interconnect fee reconciliation favours MTN, they can implement pricing strategies (and they do) that will keep MTN customers calling only MTN customers, while customers of other telcos are forced to call MTN customers by virtue of their size. That way, they keep all the money their customers spend on airtime and they also make money from the other telcos through interconnect fees.

Let me break it down further. When MTN makes onnet (MTN to MTN) calls very very cheap and make offnet (MTN to other networks) very high, MTN customers would love to make calls to other people on MTN more than to those on other networks, so they will encourage their other friends and family to port to MTN. Secondly, because the other telcos are not profitable like MTN and therefore cannot afford to give the level of cheap prices MTN gives, their customers will find calls from their network to MTN expensive so they are more likely to port to MTN so that they can make cheaper calls. MNP allows them to port and keeps their original number.

So the regulator would be expected to pursue policies that would ensure that MTN does not do unfair pricing to make the other telcos remain unprofitable. There are many other antitrust regulations that can be applied in such circumstances, all with the object of ensuring no player is bullied and every player gets the opportunity to also rise out of obscurity, so to speak. Another example is ensuring that the price at which MTN buy spectrum for instance, should not be the same as it is sold to the others. It should be far less.

Counter argument
BUT, there is a BIG argument against declaring MTN an SMP and applying antitrust laws. The argument is MTN, like many other big companies in Ghana and everywhere, have made and continue to make relatively heavier investments than the others, and it is what it is today because it believed in Ghana and kept investing heavily to ensure accessibility for all Ghanaians. It did so, while the others were arguably being strategically careful about spending and probably hoping MTN would fail and they will learn from it.

I personally remember when MTN was investing in mobile money and trying to tailor-make the processes to suit the Ghanaian market, the CEO of another telco openly condemned MTN's strategy as not being ideal and they boasted of pursuing the original mobile money blueprint to change the game. By the time that telco was launching their so-called ideal blueprint mobile money, Ghanaians had embraced the MTN strategy because IT WORKS for them. So why do we want the regulator to curtail MTN and favor this idealist telco who obviously does not know what works for Ghanaians? That is a question that also begs for answers.

Another question is, what message do we want to give to potential investors as a country - that when people bring money and invest in Ghana, and become giants, we will apply antitrust laws to curtail their growth? That is also a question for all of us to ponder over.

No expiry
While that question remains yet unanswered, it would appear that the recent directive from government for all telcos to remove expiry dates from data bundles would even give MTN a further advantage over the rest. For one, MTN has a wider range of data bundles than the others and it can give customers more options than the rest, under the no expiry situation.

So it appears whereas the Ministry of Communications may have intended the no expiry directive to give Ghanaians freedom to use their data the way they want (which is good), it has created a situation where the silent SMP can actually bully the other players. The point is that now no telco has the freedom to give heavily discounted time-bound data bundles, so the telcos that can afford to give huge volumes of data for less, given that the data will not expire, will be the winners. MTN is arguably the only telcos that can afford to do that for its huge number of customers because the money will remain on it platform anyway. Meanwhile, customers of all the other telcos will be calling MTN customers and the telcos will be paying interconnect fees to MTN at the end of every month. Money in MTN's pocket for no work done.

As a matter of fact, the hard truth is, it appears that those who say all telcos are working for MTN may be right. Let's not beat about the bush on that; and this no expiry directive is likely to further worsen that situation for the other telcos, with MTN being the better for it. One would have expected that if government feels it is not really ready to declare a dominant player, it would also be careful what policies to pursue, not to further deepen the disparity.