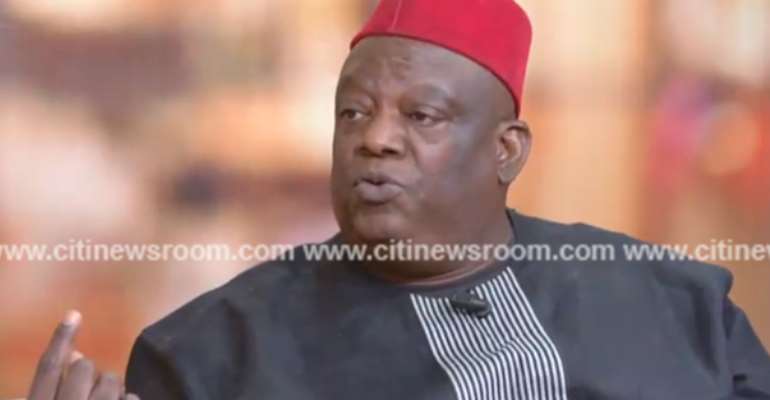 Weeks before the celebration of Christmas every year have often seen increased buying and selling activities across the country but that does not seem to be the case this year with many wondering why.

According to a banking expert, Joe Jackson, the situation is partly due to the cleanup of the financial sector.

He said the exercise, which left in its wake mistrust for many financial institutions has caused many people to cut down on their expenses and hoard their funds.

“A number of issues came up that created fear and panic in the eyes of the banking public. People hoard their money. When you hoard your money, there is no money to go around because it is when you spend money that people get the chance to get that money and do another thing with it,” he said.

Mr. Jackson in explaining the situation on Citi TV’s Point of View on Wednesday said the cleanup of the sector has seen the loss of some funds from circulating in the economy, leaving less money in the system for circulation.

“In the last few weeks we’ve had 53 companies [Fund Managers] who have been closed down by Securities and Exchange Commission]… They were holding GH¢8 billion in investor funds. That money has been taken out of circulation… That GH¢8 billion is out of the economy,” Joe Jackson said.

Joe Jackson, who is the Director of Business Operations at Dalex Finance, added that the situation is worsened by the regressive tax regimes existing in the country that sees poorer Ghanaians spending a huge chunk of their incomes in the payment of taxes than rich Ghanaians.

“Disproportionately, our taxes hit harder at people who are poorer and are at the bottom of the pyramid. The taxes that have been kicked in, in the last six months have worsened the position because they are taking out a bigger chunk of your income. The VAT we tweaked, the data, the consumption tax and all that, hits you very hard.”

Joe Jackson recommended that government goes all out to tax people with valuable assets.

He suggested the use of vehicle and building registration processes to identify wealthy Ghanaians to be taxed.

Meanwhile the Editor for Goldstreet Business newspaper, Toma Amihere has cast doubt about the possibility of the challenges of the economy to take better shape in the immediate short term.

He indicated that until the government take decisive actions such as taxing the rich to raise revenue, the situation could get worse even into 2020.

In August 2017, the Bank of Ghana (BoG) gave GCB Bank Ltd the green light to acquire two local banks UT and Capital bank due to severe impairment of their capital.

In August 2018, the Bank of Ghana consolidated five other local banks into what it calls the Consolidated Bank Ghana Limited.

The Bank of Ghana in a statement on January 4, 2019, following the expiration of the minimum capital requirement deadline, said all the 23 remaining banks have met the new minimum paid-up capital of GHC400 million.

347 microfinance companies also had their licenses revoked by the Bank of Ghana in May 2019.

The Securities and Exchange Commission (SEC) also in November 2019 revoked the licenses of 52 fund managers as part of efforts to sanitize the industry.