Factfile: The Sahel and climate change 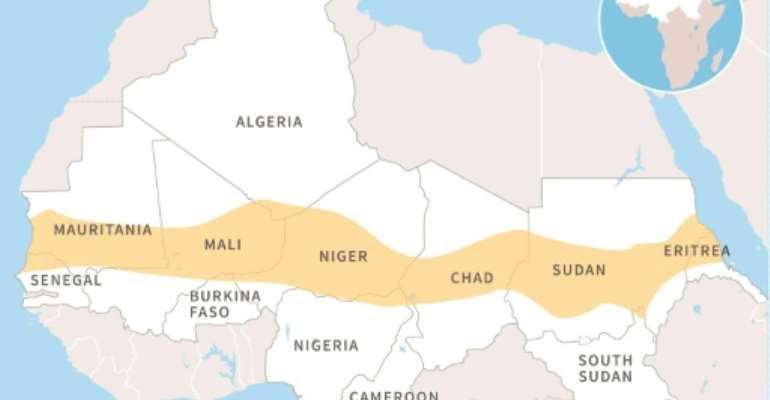 The Sahel, the vast region that stretches along the Sahara's southern rim from the Atlantic to the Red Sea, is on the front line of climate change.

Its extreme vulnerability to drought and shifting rainfall patterns is ratcheting up problems of poverty, population pressure and jihadist violence, experts say.

Since the start of the Industrial Revolution, global temperatures have risen 1.1 degrees Celsius (1.98 degrees Fahrenheit), according to a report issued in September by United in Science, gathering the world's leading climate agencies. 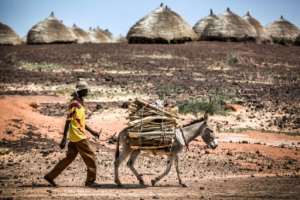 Dry land: Niger is one of the world's most climate-vulnerable countries. By Luis TATO (FAO/AFP)

But this average warming is around 50 percent greater in the Sahel. In the last quarter of the 20th century, the region suffered the worst droughts of anywhere on the planet.

More recently, it has seen dramatic changes in rainfall patterns, with torrential downpours that cause temporary spurts in vegetation in scorched areas.

Rainfall -- on average -- is higher than 30 years ago, but much of it comes in the form of more extreme events, said Geremy Panthou, a climatologist at the University of Grenoble Alpes, who is working with Amma-Catch, a specialised meteorological agency in West Africa.

"We have recorded a large increase in extreme precipitation. Storms are more violent and droughts, when they occur, are more severe," Panthou told AFP.

These extreme events are having far-reaching consequences.

The region is very poor, has one of the highest demographic growth rates in the world and, in many areas, the soil has been damaged and suffered deforestation for firewood.

In countries where irrigation and drainage systems are sorely lacking, heavy rains have triggered repeated flooding of the Niger River. Rising seas stoked by global warming are also fuelling erosion in western coastal states of the Sahel.

According to the UN's expert group, the Intergovernmental Panel on Climate Change (IPCC), agricultural yields are likely to fall by 20 percent per decade in some parts of the Sahel by the end of the century. 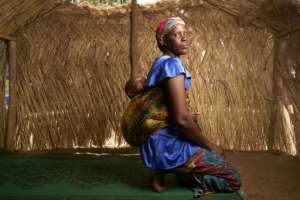 Altine Fangoro, a 30-year-old Fulani, with her son in a refugee camp in Bamako. Their home in Bassil, a village in central Mali, was burned down and all their possessions stolen by an armed Dogon group. By MICHELE CATTANI (AFP)

By the same timescale, the population in the six western countries of the Sahel alone -- Burkina Faso, Chad, Mali, Mauritania, Niger and Senegal -- is likely to rise sixfold to 540 million, according to UN projections.

Hunger is already chronic. Between June and August this year, 9.7 million people were in a state of acute food insecurity, according to the UN's Food and Agriculture Organization (FAO).

There has been a massive rural exodus in recent years, although exactly how many of those fleeing the countryside are doing so because of climate change, or because of poverty and jihadist violence, remains unknown.

UN Secretary General Antonio Guterres warned in September that the mix of ills was fuelling violent extremism and tension over declining resources.

The scheme would earmark $1.3 billion in projects to limit greenhouse-gas emissions and help adaptation to climate change.

The plan is overwhelmingly dependent on foreign aid, but experts say there is plenty of evidence to show that people in the Sahel are already taking matters in hand.

Many fishermen who depended on Lake Chad, which has shrunk by 90 percent over the last 40 years, have turned to farming the rich exposed soils.

Another example of resilience is eco-forestry, to provide shade for cattle and fending material for crops. 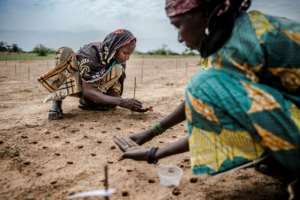 Women plant tree seeds in Niger's southern region of Zinder under a scheme to roll back the desert. By Luis TATO (FAO/AFP/File)

"Tens of thousands" of smallhold farmers have joined programmes to plant trees in the Sahel, said David Cleary of a US NGO, the Nature Conservancy.

"It's in a part of the world that has all sorts of political issues and civil conflicts, but it's still been possible to do some positive things," he said.

"Rather than being portrayed as a basket case, the Sahel is showing some significant ways of what a more enlightened future might look like. If the Sahel can do it, it's pretty encouraging."