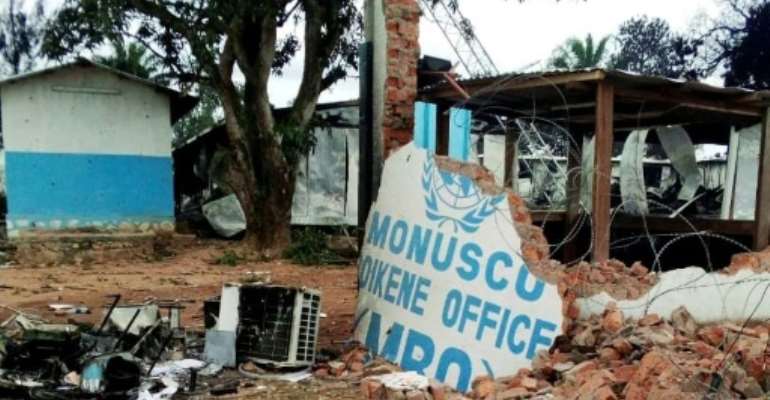 The mounting death toll has sparked anger against MONUSCO, one of the biggest UN peacekeeping operations in the world. By ALBERT KAMBALE (AFP/File)

The army in the Democratic Republic of Congo on Wednesday said it had found the body of a peacekeeper near the eastern city of Beni.

Although it did not say when the body was found, the military launched "large-scale operations" on October 31 in the Beni area against the many armed militias that have been causing violence in the country's troubled east for nearly a quarter of a century.

The nationality of the peacekeeper was not given.

An Islamist-rooted Ugandan armed group, the Allied Democratic Forces (ADF), has targeted Beni, killing hundreds of civilians over the last five years. The Democratic Forces for the Liberation of Rwanda (FDLR) are also active in the region.

In response to the military operations, the ADF has carried out massacres in an apparent bid to discourage civilians from helping the military.

Another 27 people were hacked to death on Wednesday, bringing the number of those killed in militia violence in and around Beni to 107 since November 5.

The mounting toll has sparked anger, which is being channelled especially against MONUSCO, one of the biggest UN peacekeeping operations in the world.

On Saturday, a crowd in Beni lynched two people they suspected of being ADF members, a day after a soldier was killed in Oicha, 30 kilometres (20 miles) away by a mob who mistook him for an ADF fighter.

Your silence on Domelevo’s woes too loud – Vitus Azeem to Ak...
51 minutes ago