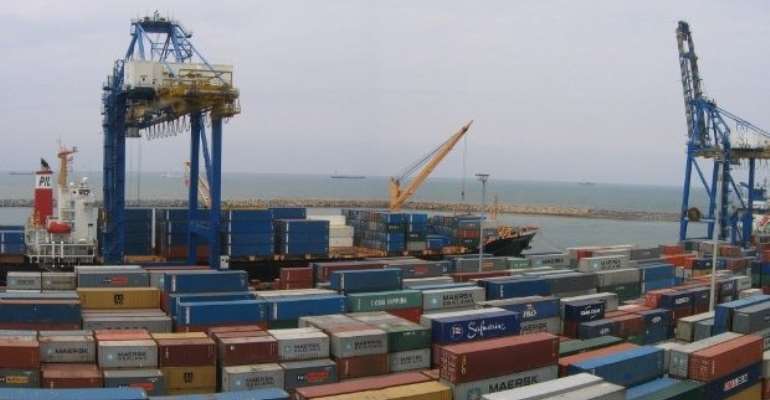 The new 10.9% increase in cargo handling tariffs at the Tema Port which turned out to be more than 100% according to Freight forwarders, is to be slashed by some 40% following a meeting between the Transport Minister and all relevant stakeholders.

According to importers and exporters, the increase was far above the percentage announced by the Ghana Ports and Harbours Authority, GPHA.

Some angry freight forwarders staged a minor protest on Tuesday against the move.

The demonstrators in red attire said they were being shortchanged by the Ghana Ports and Harbours Authority, GPHA, in partnership with managers of the Meridian Port Services, MPS, who are majority shareholders of the expanded port.

They accused GPHA of acting in bad faith by charging them more than the agreed 10.9 percent.

Richmond Oduro, an importer, said “We have a problem with GPHA, Last week I cleared on container and the price was normal. Then on Monday, I came in to clear a new container and the tax is high so I was surprised because I didn't know about it; but they said I should pay. The percentage increase is about 110%.

Another importer, Paul Owusu, said “MOS has increased the charges by more than 100%. How can one person pay so much for MPS and GPHA at the same time? And we did not know about it too”.

According to Sampson Awingobit Asaki, the General Secretary of the Importers and Exporters Association of Ghana who confirmed the reduction in a statement, the Transport Minister has directed the Director General of GPHA, Michael Luguje, to as a matter of urgency, direct MPS to reduce the 100% tariff increment on Shore Handling charges to 40%.

He says MPS is also to desist from charging the 40% shore handling tariff in dollars to Cedis, and revert to the 2018 agreement on the shore handling charges.

The MPS is also to stop charging upfront payment for Red Channels, and also ensure that double payment for handling charges on Cargo Movement Request CMR, to both the MPS and GPHA by the importer is changed to one-time payment for both agencies to share the proceeds from the payment.

The Importers and Exporters Association of Ghana says it is delighted about the positive outcome of the meeting between the transport minister and other stakeholders.