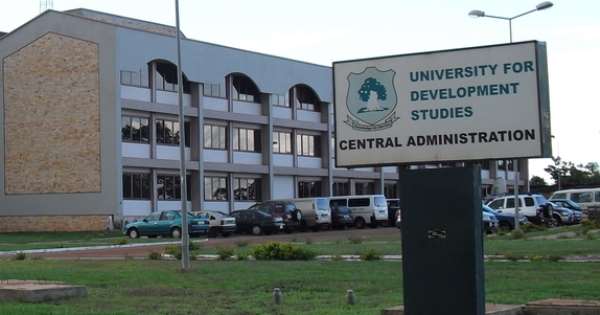 Lecturers of Wa Campus of the University of Development Studies (UDS) are livid over a new requirement tied to the promotion of lecturers of the university.

An internal memo from the university’s Governing Council and sighted by citinewsroom.com tied promotion of lecturers due for promotions to professorial ranks to supervision of postgraduate students and grants obtained by an applicant.

Unhappy with the new requirement, the leadership of the University Teachers Association of Ghana, UDS, Wa Campus wrote to the School's Council rejecting the new directives.

But it seems their plea did not receive a favourable response hence their decision to lay down their tools on Monday, December 9, 2019.

“Reference to section C (1) of our petition dated 19th November 2019, captioned “Rejection of Conditions for Promotion to Professorial Ranks”, in which we called for an immediate withdrawal of the directive from Council to tie professorial ranks promotions to graduate supervision and grantsmanship, we write to notify you of our decision to embark on an indefinite strike action starting Monday, 9th December 2019 until our demands are met by Council,” a letter UTAG, UDS Campus wrote and sighted by citinewsroom.com added.

“This is the sole preserve of the Head of Department who determines who supervises which student at his or her discretion. He or she may therefore decide not to assign any student to a lecturer for the rest of his or her tenure in the university,” the local UTAG leadership explained.

“This makes it impossible for every lecturer to have a student for supervision. Hence tying promotions to postgraduate supervisions will likely create an unhealthy competition for students among lectures.”

On the issue of grantsmanship, the lecturers “maintained that the directive is totally preposterous and inimical to the growth and development of individual lecturers and the university at large. It is therefore rejected by members.”

“The current proposal by Council is not in sync with the national agenda of Ghana Beyond Aid which is at the moment a major policy of government. Besides, Ghana has not instituted any research fund to be accessed by lecturers not to mention UDS.”

“The university is unable to provide senior members (SMs) with the needed infrastructure/facilities to aid grantsmanship. SMs at the moment lack common office spaces for any serious collaboration with other colleagues,” the letter added.

Parliament in April 2019 passed the University for Business and Integrated Development Studies Bill 2018.

The main contention before approval of the Bill was the proposed name of the institution. But the Majority MPs had their way after the vote in Parliament despite the Minority complaining that the name change had been brought in through the “back door.”

The Minority side also decried a lack of consultations on the matter.

The Education Minister, Matthew Opoku Prempeh justified the name change arguing that it was a university's council that approved school's name thus no Bill was needed.