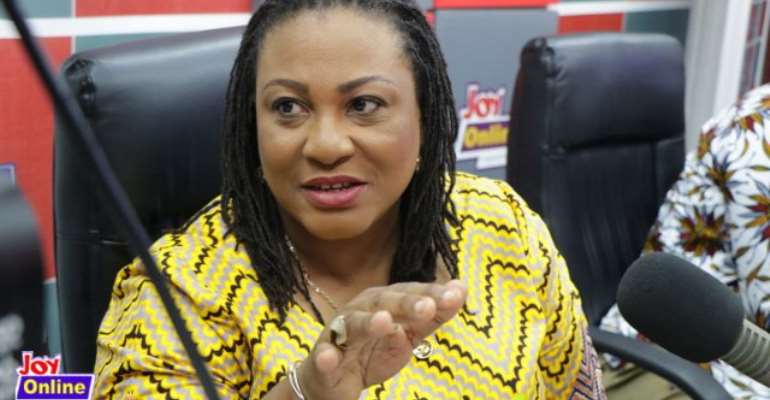 It has emerged that the National Commission for Civic Education (NCCE) spent GH¢1million on the aborted December referendum.

Chairperson of the Commission, Josephine Nkrumah told JoyNews’ PM Express programme on Tuesday, the monies were used for awareness creation and education about the exercise.

She said the money was acquired, courtesy of the Local Government Ministry.

Mrs. Nkrumah told the host, Evans Mensah that the awareness creation also involved the District Level Elections which is scheduled for same day the referendum was.

Expressing her dilemma, the Chairperson, said they are considering withdrawing the advertisements for both exercises and editing the referendum aspects out.

She, however, said the Commission does not have the wherewithal to run new ads for the District Level Elections alone which come off on December 17 as scheduled.

President Nana Akufo-Addo in a live television broadcast Sunday evening, announced he had directed the Local Government Minister to withdraw the amendment bill for the referendum from Parliament.

The referendum was aimed at amending Article 55/3 of the Constitution which bars political parties from local government/Assembly elections.

It was necessitated by another amendment in Parliament which sought to take away the President’s power to appoint MMDCEs and make the position an elected one.

However, if the amendment had gone through without amending Article 55/3, the MMDCEs would be elected on a non-partisan basis.

The government, backing a partisan election at the local assemblies, initiated the referendum and extensively campaigned for YES.

However, the opposition NDC, in what has been described by President Akufo-Addo and his appointees as a U-turn, declared opposition to introducing partisanship to the Assemblies.

They called on electorate to vote NO in the referendum, sending debates about the pros and cons of the amendment.

After several calls to cancel the referendum and build consensus, the President budged.

However, he withdrew the bill concerning the election of MMDCEs as well, sending anger over social media.