Tema-Mpakadan Railway Line To Be Ready In August 2020 – Minister 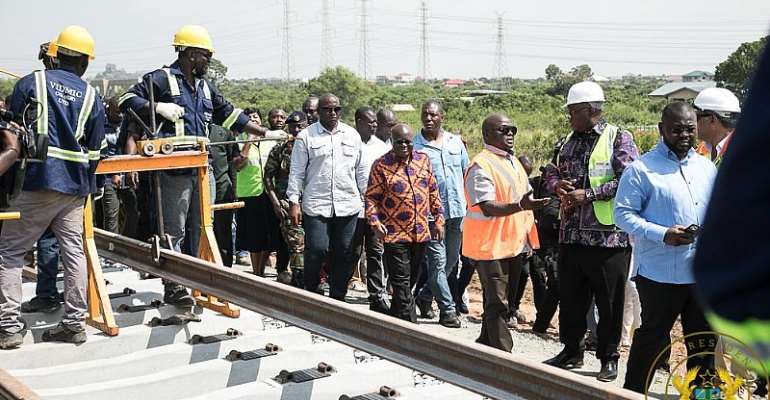 The Minister for Railways Development, Joe Ghartey, has assured President Addo Dankwa Akufo-Addo, that the Tema to Mpakadan Railway line will be completed in August 2020.

Taking President Akufo-Addo on a tour of the project on Wednesday, 4th December 2019, the final day of the President's tour of the Greater Accra Region, he explained that construction of the railway track was conceived as a “port to port Project” in 2007, under the Kufour era. 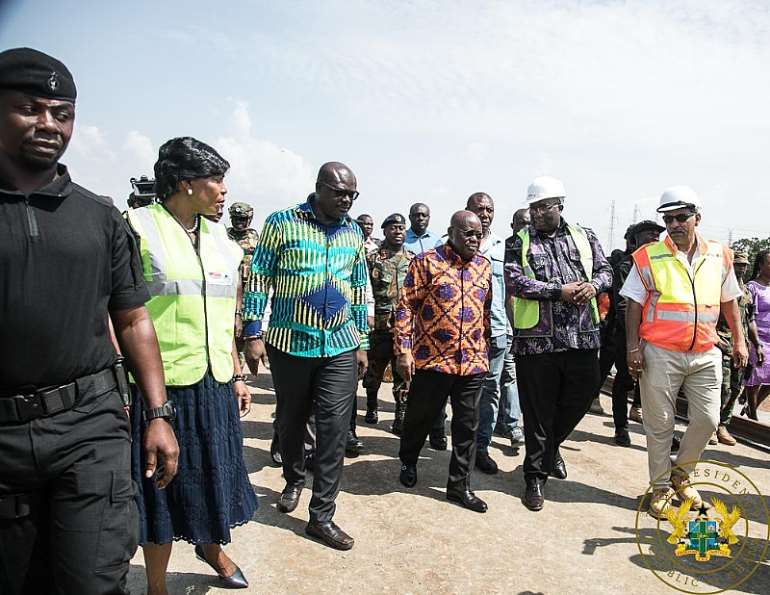 As a result, in 2007, a contract was signed for a feasibility study to be conducted for a Tema to Buipe multimodal transport system via Akosombo.

In furtherance of this, in November 2016, an agreement was approved by Parliament for a Tema to Akosombo railway line.

The Minister for Railways Development added that, upon assumption of the Akufo-Addo government in January 2017, the agreement approved by Parliament was reviewed for a number of reasons.

The reasons included a possible effect on the Akosombo Dam, since the project involved drilling a tunnel through rock to the Akosombo Port.

The tunnel, he said, was only going to be 60 meters away from the Akosombo Dam at one point. 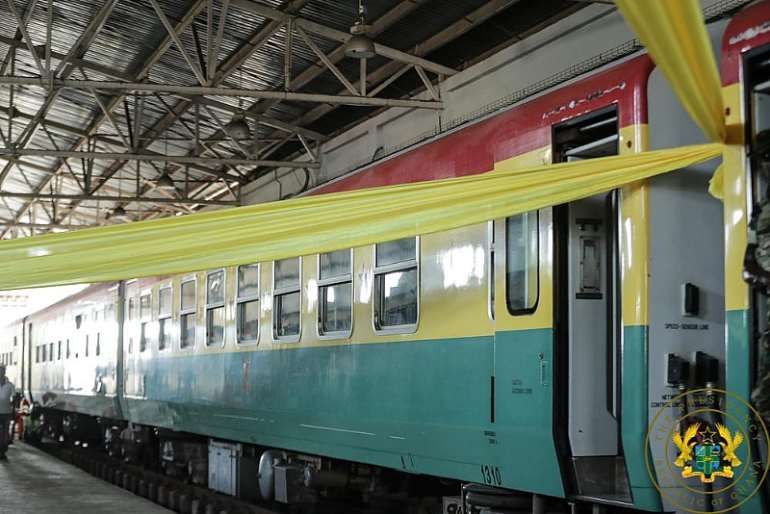 Security concerns, in addition to the inability to create other associated economic activity around the rail terminal at the Akosombo port, resulted in the review.

“The line has been redesigned as the Tema to Mpakadan line. It now crosses the Volta River, and it is 10 kilometres more than the original length. The line is now 97 kilometres,” Joe Ghartey added. 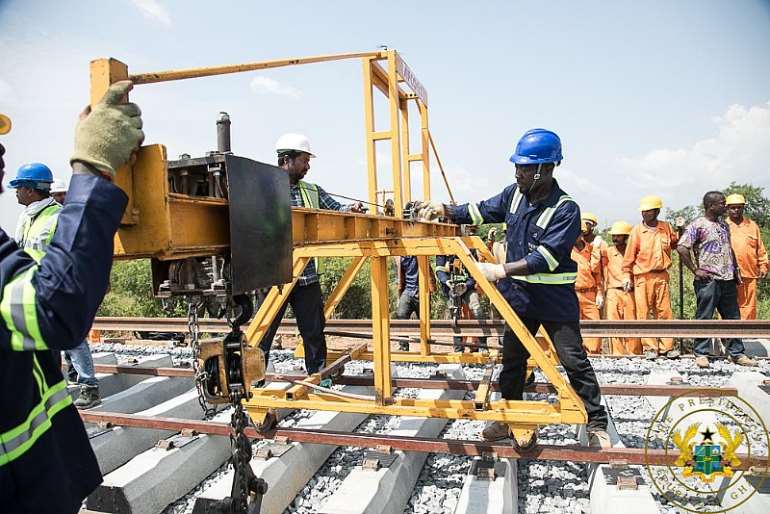 The Project, which will be completed in August of 2020, is a modern, standard gauge rail line. Workshop for Retrofitting and Repairing of Coaches

Later in the day, at Tema, President Akufo-Addo visited the workshop set-up for the retrofitting and refurbishment of train coaches.

The facility was built under the Kufuor-led NPP Government, with the workshop presently serving as the centre for the maintenance of all railway coaches and diesel multiple units.

Joe Ghartey revealed further that over ten (10) coaches, which were, hitherto, declared, as unserviceable, have been rehabilitated at the workshop by workers of the Ghana Railway Company Ltd. GRCL workers. 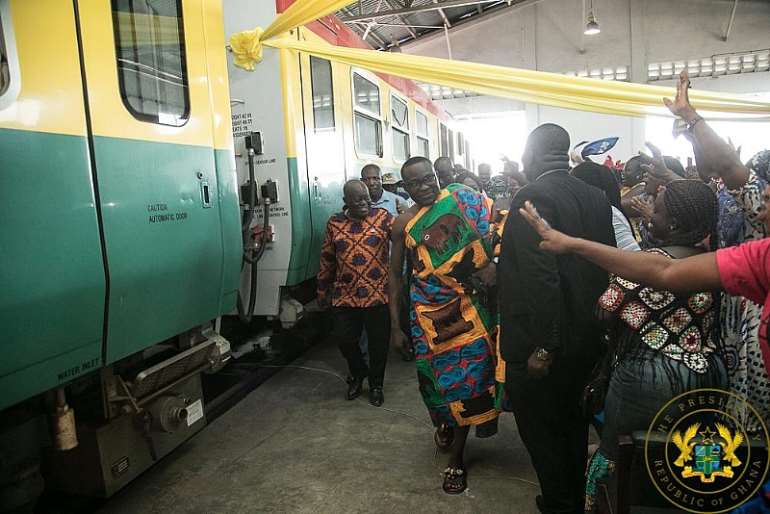 The Ghana Railway Company Limited (GRCL), in its quest to bring private sector participation and knowledge sharing into the operations of the company, signed an agreement with Ghana National Association of Garages, Suame Magazine on 11th November, 2019 to refurbish one (1) of GRCL's old coaches.