NDC Lied, There Was Consensus On Referendum — Majority Leader 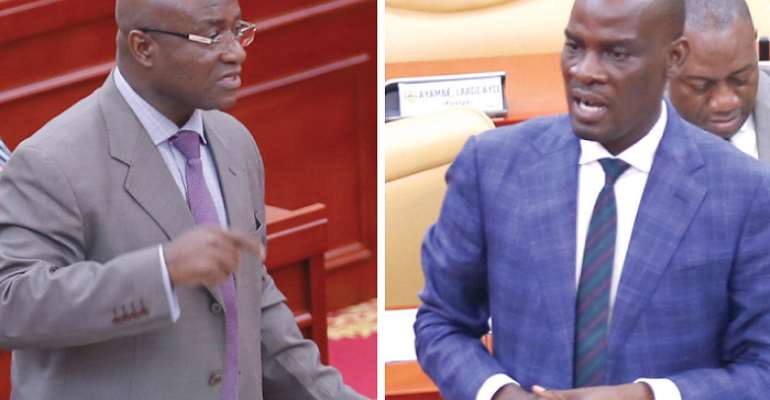 He described the action of the NDC as “nothing else but an unpatriotic betrayal of the Ghanaian people.”

Speaking to Lawyer Ohene Gyan on ‘Pae Mu Ka’ on Kingdom FM 107.7, Osei Kyei-Mensah Bonsu said ,”He added that “Such a deliberate show of dishonesty, deceit, indecision, lack of candour and integrity from the biggest opposition party in the country projects a perception that the NDC would sacrifice the national interest at the altar rather where cheap political points are scored.”

The Suame member of Parliament accused the NDC of mischief as the opposition party initially expressed support to repeal Article 55/3 which barred political parties from the Assemblies.

According to the Majority Leader, during the engagements, he said the NDC never gave any hint of being fundamentally against electing people at the local government level on partisan basis.

The NDC argued the country was already heavily divided by the duopoly of the NDC and the NPP at the national level and there was no need to transfer that rivalry to the Assemblies.

He stated that NDC was part of all the consultative engagements with Civil Society Organizations particularly IDEG and the CDD over the past year and half.

The seeming smooth sail for the referendum quickly descended into a bi-partisan debate with experts also heavily divided on the amendment.

Background
President Nana Addo Dankwa Akufo-Addo has cancelled the much talked about referendum which was supposed be held on December 17, 2019.

In his address to the nation on Sunday, December 1, 2019, the President stated that his government will work to attain a broad national consensus on the referendum because it is as important as the amendment of an entrenched provision of the Constitution, is critical.

He said, “I do not believe that such an amendment should be driven as a party matter. There has to be a clear national consensus and agreement amongst the populace that a particular entrenched provision no longer serves the interest of the people, and, thus, has to be removed.”