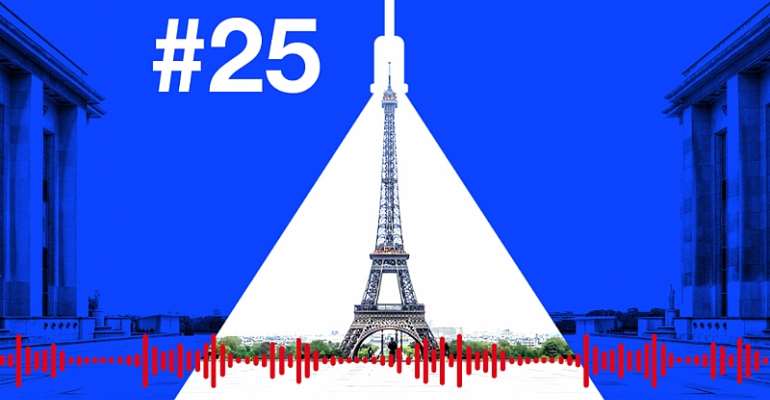 Alcohol consumption is a problem in France, but the wine industry doesn't want people to know. We look at the paradox of having to address alcoholism in a country whose second biggest industry is wine and spirits. Also, a store in Strasbourg is trying to break gender stereotypes by offering gender-neutral toys and kids' clothes, not divided into pink or blue, just in time for the holiday shopping season. And the day that France officially became a secular country.

The French government has recently backtracked on plans for a Dry January campaign to encourage people to stop drinking for 30 days. Some health experts suggest that the decision was due to pressure from wine lobbies. We speak with journalist Thomas Pitrel (@ThomasPitrel), co-author of Tournée Générale (a round of drinks), about what he calls the 'French paradox': addressing more than 40,000 alcohol-related deaths per year, while most of France's regions produce wine. (Listen at )

Also, a visit to Strasbourg, home to the country's biggest Christmas market, and which is soon to open a gender-neutral, or unisex, toy store. With Joy Concept, Joy Fleutot is challenging the gender stereotypes found in standard toy stores in France, where aisles are clearly divided between pink toys for girls and blue toys for boys. (Listen at)

And on 9 December 1905, the law on the Separation of Church and State came into effect in France, guaranteeing freedom of conscience and the freedom to practice religion. It estabilished the system of 'laicite' which still exists today, though the interpretation continues to be debated. (Listen at)

This episode mixed by Nicolas Doreau.
Subscribe to the Spotlight on France podcast on iTunes (link here) or Google podcasts (link here).