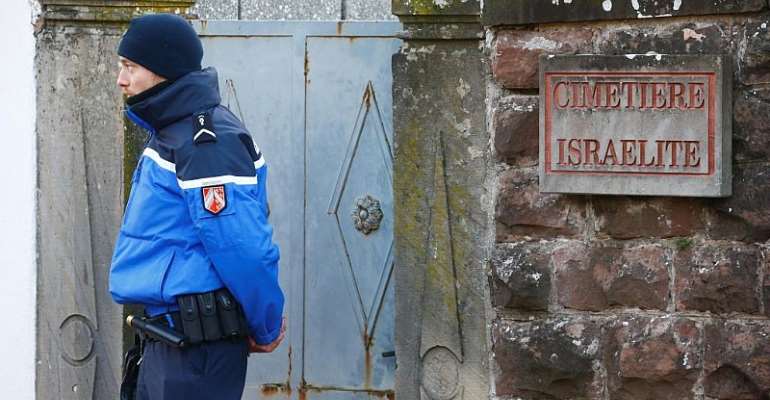 The text was passed by a very narrow margin, in a virtually empty parliament. Opponent of the legislation have notably complained that the law associates anti-Zionism and anti-Semitism.

Opening the debate, ruling party MP Sylvain Maillard warned the National Assembly that "Jews are once again being killed in France, because they are Jews".

During the parliamentary discussion, the deputies were informed that more than one hundred Jewish graves had been desecrated with black swastikas on Tuesday in the north-western French town of Westhoffen.

Finally, 154 MPs voted in favour of the legislation, with 72 against. Many parliamentarians chose to leave before the vote on the controversial law. There were 550 deputies present for the earlier vote on the social security budget.

Fewer than one third of ruling party members supported the new law, with 26 voting against, and 22 abstaining.

Critics of the law point to the association made by the new legislation between anti-Zionism and anti-Semitism.

French President Emmanuel Macron has already stated his belief that anti-Zionism represents "one of the current forms of anti-Semitism".

The vexed question of definition
The French law accepts the controversial definition of anti-Semitism proposed by the International Holocaust Remembrance Alliance (IHRA): “Antisemitism is a certain perception of Jews, which may be expressed as hatred toward Jews. Rhetorical and physical manifestations of antisemitism are directed toward Jewish or non-Jewish individuals and/or their property, toward Jewish community institutions and religious facilities.”

That definition makes no reference to anti-Zionism, but, the examples which accompany the definition explain that "any unfair treatment of the state of Israel, demanding behavior not expected or demanded of any other democratic nation" is regarded as unacceptable.

Supporters of the French law claim that many anti-Semites hide behind the banner of anti-Zionism. The Interior Minister, Christophe Castaner, explained that the law had only one objective and that was to remove all ambiguity about anti-Semitic statements, acts or gestures. Castaner further pointed out that the neither the word anti-Semitism nor the term anti-Zionism appear anywhere in the final text of the law.

Several dozen prominent Jewish intellectuals have actively campaigned against the law, saying it runs the risk of "criminalising ideas" without doing anything to fight racism.